The Distinguished Flying Cross (DFC) was presented to Lt. Vyhnanek for his role on a bombing mission of Yokahama when his B-29 was hit with anti-aircraft fire, knocking out two of the airplane’s four engines. Despite the damage, the crew executed their bombing run before making an emergency landing in Iwo Jima. 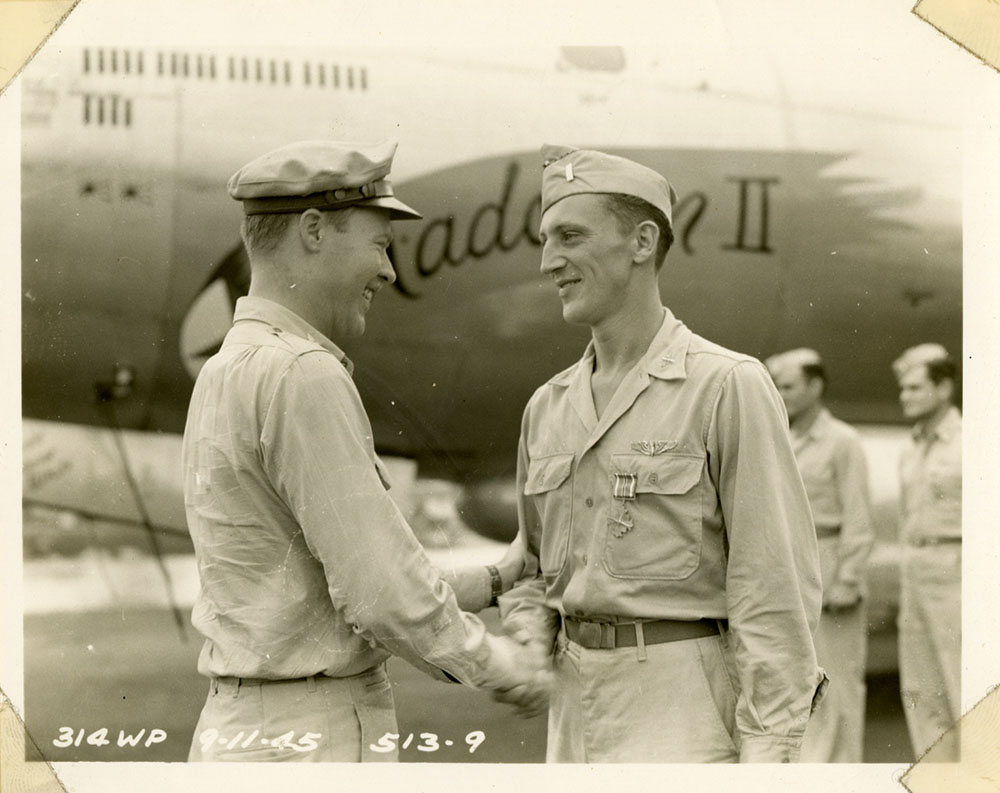 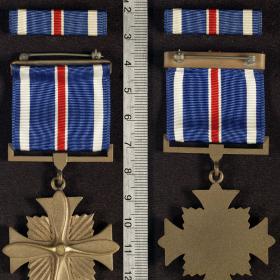 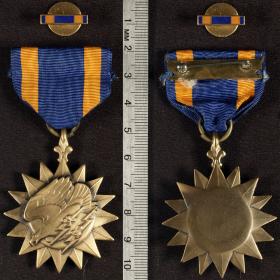