The arrival of U.S. forces on the beaches of Leyte Island was met with minimal enemy hostility as the Japanese instead focused their efforts on countering U.S. movement inland. Once troops were securely on shore, MacArthur landed, urging his troops to reclaim the island. U.S. troops continued to pursue the Japanese, quickly capturing the city of Tacloban. 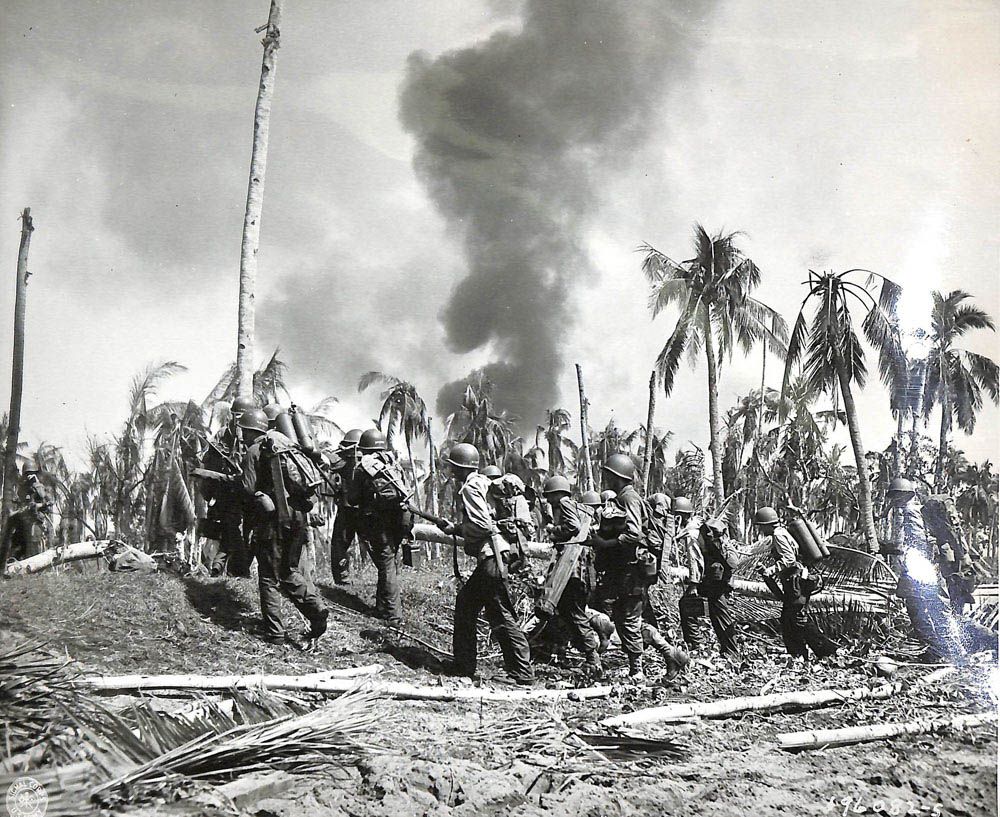 The 12th Infantry Regiment moving up from the beaches of Leyte Island. 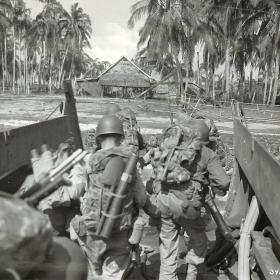 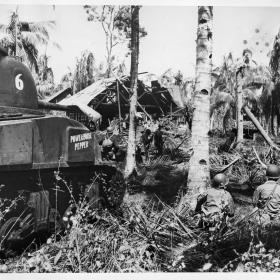