The Trident denotes membership into one of the most exclusive clubs on Earth. At SEAL Qualification Training (SQT) graduation the men who began their training over a year earlier with BUD/S are inducted into that club.

The Trident reflects the three environments in which SEALs operate -SEa, Air, and Land. The anchor signifies the United States Navy as the branch of service. Above the anchor is an eagle with outspread wings symbolizing the air, as well as strength, and courage. The eagle’s right talon grips a Trident, symbolic of Neptune, the Roman God and ruler of the sea, and his scepter. In the eagle’s left talon, a cocked flintlock pistol characterizes land warfare and the SEAL’s constant state of readiness.

At SQT graduation, the men receive their Trident pin and a KA-BAR knife. They are Navy SEALs. 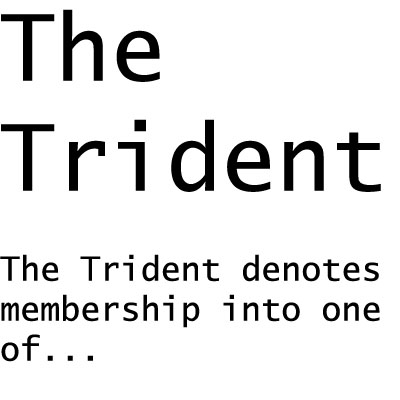 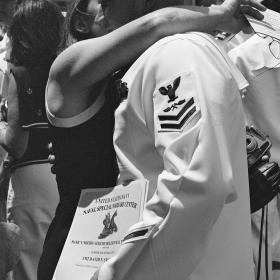 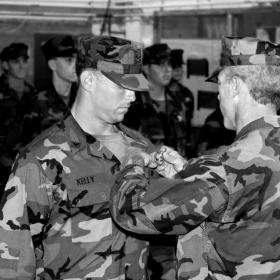