To recall the day they notified me of his death is almost like reliving it. It’s hard and painful. I don’t remember much but I do remember it was a beautiful and warm February day in Virginia Beach. I remember the white car turning around in the cul-de-sac on our street. I didn’t think much of it because people turn around there all the time. But then, they got out of the car. Good friends, all. A SEAL—dressed in his uniform—and two other dear friends—one whose hands I had held and tears I had dried when her SEAL husband died. Despair looked out at me from each of their faces.

I peppered them with questions. I wanted details even though I know they didn’t have all the information. “Are you sure?” It didn’t make sense to me. He was in Arizona, training; he wasn’t over there, at war. “His parachute didn’t open.” But that couldn’t be. He was here, with me, he wasn’t there.

When I married him, I knew how hard this life could be. We prepared for any situation—he tested me, he coached me, and we built a strategy together. He called it “The Toolbox,” and he said we needed to fill that toolbox with as many tools as possible so that we had a plan no matter what happened.

He proposed to me as I was standing on a ski run in Vail, Colorado, shouting expletives and throwing a good-sized temper tantrum. His timing was impeccable. As I yelled, in a moment of frustration, “I’m tired, I’m cold, I’m hungry, and I need a drink!” He—patient as ever—responded, “We can take care of all of those things. But there’s just one thing first.” And that’s when he got down on one knee and, with a ring in hand, asked me to marry him.

Just after I said yes on that cold and snowy hill in Colorado, he took me to a little bar in town and became very serious. He said, “It’s only going to get harder now; marriage is hard, and military life is hard. We will have to be a team forever.”

Had you told me on the day we wed that our lives would be consumed by two wars, I would have laughed—I didn’t see it coming. 9/11 was the trigger, and it changed our lives. War defined us, made us strong, and tested our resolve, our faith, and our courage. But it never tested our love for or devotion to each other.

When he died in 2008, I had three funerals: I buried my husband; I buried my husband and me; and I buried myself. I didn’t know who I was anymore without him. He was our ship’s navigator and he manned the compass—that was his job. I was his first mate. I kept the ship upright, ship-shape, and seaworthy. We were happy and our crew was strong. But then the navigator died, and the compass spun out of control. It took me a long time to get that compass to stop spinning.

Three years after he died I decided to buy myself a Valentine’s Day present. He had always wanted a fifth wheel trailer and I wanted an RV—but I figured in his absence, this was a battle I got to win. So I bought the RV I’d been dreaming about, and that summer, I drove the kids out to visit his parents where he grew up, and we stayed for three weeks. He was very present—we talked about him, we laughed, and we cried. But it felt good. It felt right. I finally found the peace I needed to steady the compass and start sailing again.

He gave me so many gifts—he was the love of my life, the father of my children, and my best friend. One of the best gifts he ever gave me was the ability to handle the worst when it came knocking on our door.

On Valentine’s Day in 2008, the night after they told me that he had died, it snowed. A winter warfare master and telemark skier, he loved snow. So I knew this unexpected snow was a gift from him. He was gone but he was crying along with me. He was letting me know he had made it to Heaven and as joyful as it was to be with God, his heart was broken because he had left us. He gave me one last gift, a million beautiful snowflakes—not a single one alike—all for me. I cried in the quiet whiteness on that dark moonlit night for several hours. That night, we wept together, no longer separated by oceans, continents, or wars.

- Recorded and edited by Ryan Waterfield 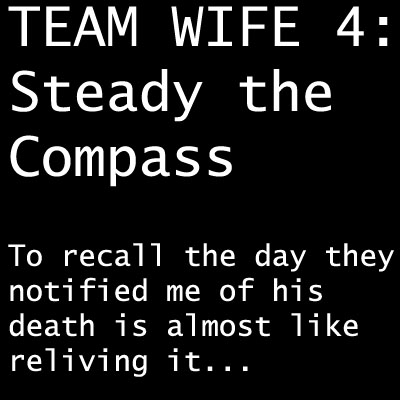 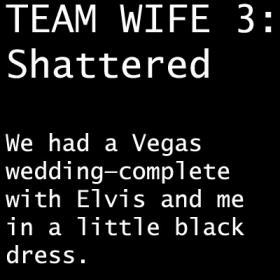 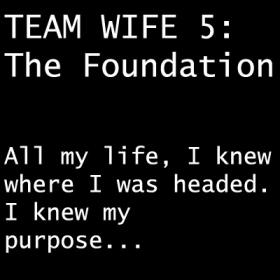