Soon after the Revolutionary War ended, pirates off the coast of Tripoli threatened American shipping throughout the Mediterranean. In 1801, President Jefferson sent a squadron of four ships to combat pirate harassment. As seen here, the pirate ships sailed very near their target to facilitate short-range firing and boarding—they wanted to take the enemy ship if possible. The USS Enterprise took down the pirate ship’s mizzenmast (the smallest and furthest to the rear) and wounded or killed fifty of its eighty crewmen without suffering a single casualty. This was the only bright spot in a Tripoli campaign riddled with laxity and inconsistent command. 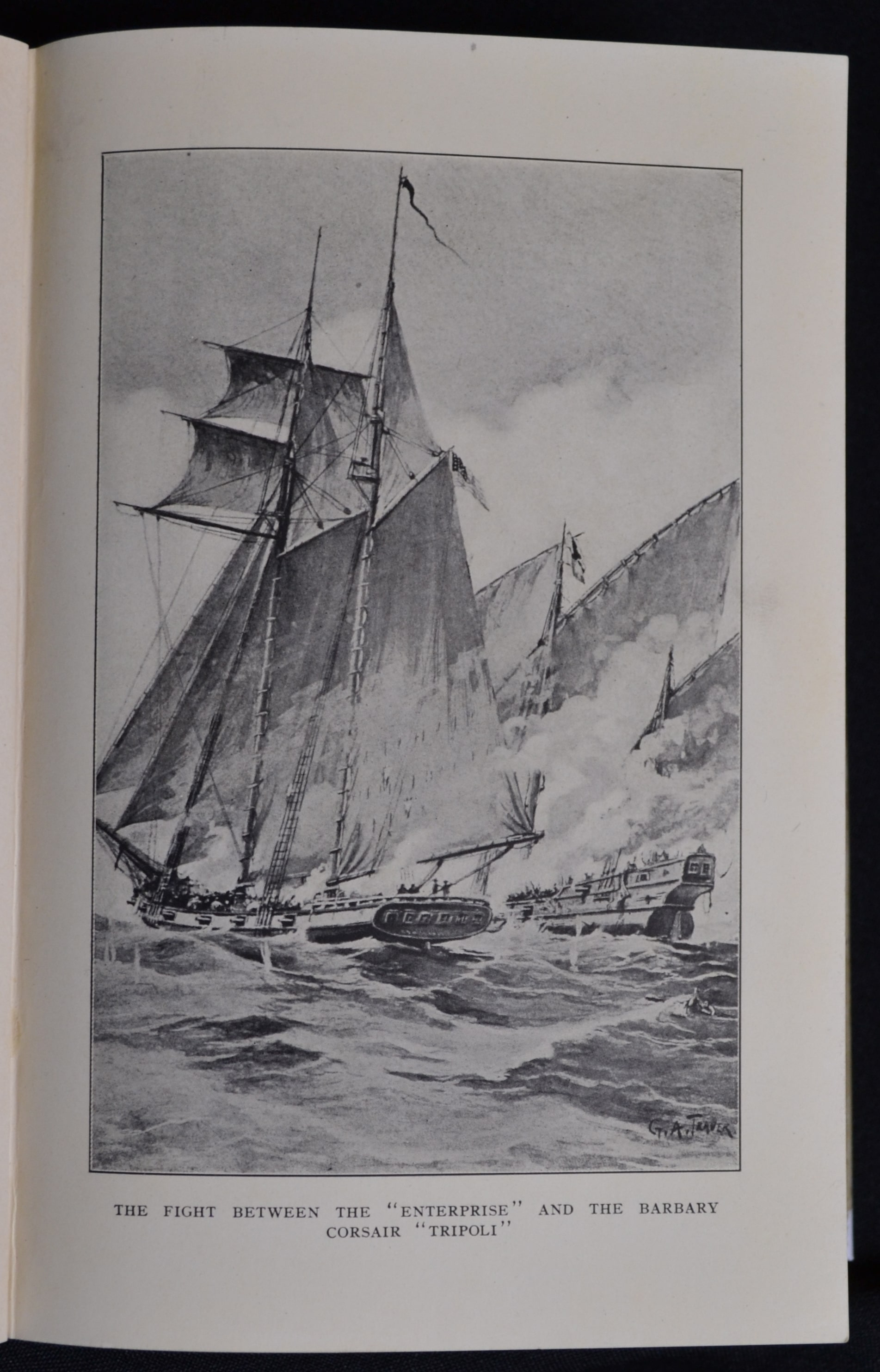 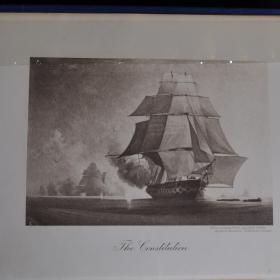 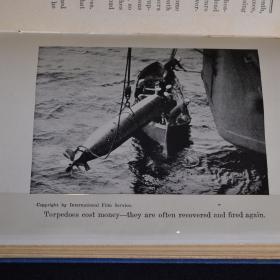 Over the Seas for Uncle Sam Memorial