However, the Navy Special Warfare experience is designed to be one of the most demanding mental and physical trials known to man. How else can a man discover his highest capabilities, his lowest limits and the depth of his inner convictions?

After attending Naval Special Warfare Preparatory School at the Naval Station in Great Lakes, Illinois, candidates begin orientation in San Diego, California. Only 20% of BUD/S candidates make it through to Hell Week, which is held the fourth week of the first eight-week phase of Basic Conditioning. The second eight weeks are known as the deadly Dive Phase, followed by nine weeks of Land Warfare training. The only way to tolerate the extreme physical and mental stress is through teamwork and an unrelenting desire to be a Navy SEAL. 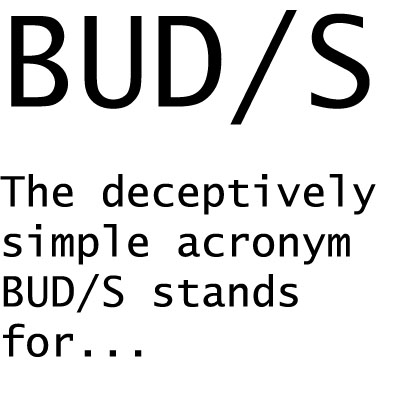 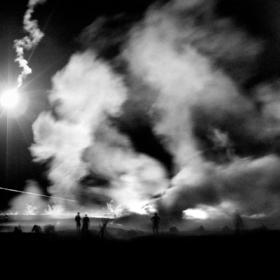 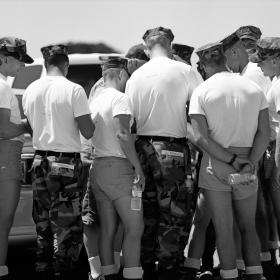