In 2002, documentary photographer Stephanie Freid-Perenchio began a seven-year project photographing U.S. Navy SEALs and their families for an unprecedented behind-the-scenes look at this community and the daily sacrifices SEALs and their families make for her book SEAL The Unspoken Sacrifice published in 2009.Jennifer Walton grew up in Southern California and began her career in the music industry, traveling extensively for 10 years before studying photography and receiving her degree in Visual Journalism from Brooks Institute of Photography.Ryan wanted to be writer ever since she first heard Max’s declaration to “Let the wild rumpus start.” First it was Sendak; then it was C.S. Lewis and Madeline L’Engle. By the time she discovered Faulkner, the addiction had firmly taken hold. One of four children, Ryan found a refuge in reading, and it was about the only way to get some quiet time in her family’s activity-filled house.

In the aftermath of 9/11, Stephanie was given the rare opportunity to observe the Naval Special Warfare community in action with an unusually high level of access. A collection of black and white photographs, SEAL The Unspoken Sacrifice sheds light on a culture most have never seen nor fully understood. She earned the trust of the SEAL community and her photographs achieve an extraordinary level of intimacy and insight into a world normally cloaked in secrecy and masculinity. Her photographs bear witness to ways war has impacted the close-knit and private SEAL community at home.

Since publishing her book in 2009, Stephanie has stayed involved with the SEAL community and has advocated on behalf of SEALs and their families as an ambassador for the Navy SEAL Foundation, an organization dedicated to helping the families of fallen SEALs.

Stephanie’s other passions and photography projects have taken her around the globe—from developing nations documenting the importance of maternal health to behind the closed borders of North Korea to explore the vast gap between reality and the official North Korean party line.

Stephanie has a husband, four daughters, and many spoiled horses and dogs. She lives in Sun Valley, Idaho, where she is co-chair for the Family of Woman Film Festival and founder of the Sun Valley Global Affairs Forum.

In 2002, Jennifer began documenting the lives of the U.S. Navy SEALs and their families for the book, “SEAL The Unspoken Sacrifice.” It was during this high level of access she experienced the community intimately and at a pivotal time in history. Her deepest purpose was to create an honest portrayal of the men, their missions, their families, and most importantly, their undeniable bond.

After Jennifer’s seven-year long adventure with the Naval Special Warfare community, she continued as a published music photographer while focusing on the environment, land conservation, and sustainability for the Goldman Environmental Prize, Teton Regional Land Trust, and Teton Geotourism Center (developed in conjunction with National Geographic).

A fourth-generation Idahoan, she is compassionate about the mountain and farming communities traveling monthly to the Teton Valley, ID and Jackson, WY regions.

Her latest project, “FRAC/TURED: A Place Called Pavillion” is a formal analog photographic essay of an agricultural community in central Wyoming at the epicenter of the national debate over the health and environmental effects of hydraulic fracturing.

She is currently researching the existing and potential impacts of oil and gas extraction on the air, land, water, and wildlife in Grand Teton and Yellowstone National Parks for her next project.

Jennifer lives in Los Angeles, CA with her daughter. In 2015, she will become a permanent resident of Jackson, WY.

A love of words, a passion for reading, and an unwavering belief that she could help civilize teenagers took her to Sun Valley, Idaho, where she taught high school English and coached varsity basketball for 15 years. All that time she followed Mark Twain’s advice to “Write without pay until someone offers to pay.” She has the notebooks of unread and unedited chicken scratch to prove it.

In 2010, she teamed up with Stephanie Freid-Perenchio to write text to complement her photographs. She left teaching in 2011 to write full-time and to be the founding editor for a Sun Valley-based magazine. That spring Ryan and Stephanie began working with eight wives of SEALs who had been killed since September 11, 2001, to help tell the story of their uncommon bond.

And even though she’s a Kentuckian through and through (Go Cats!), she has been a convert to mountain-town living. Home is Hailey, Idaho, with her husband and two children. She tries to find the time to ski or bike in between writing, daycare pick-ups and drop-offs, and her work as a board member for the Sun Valley Center for the Arts.

Ryan still thinks getting lost in a book is one of life’s little gifts. And someday, she hopes to write one that will steal you away for days. 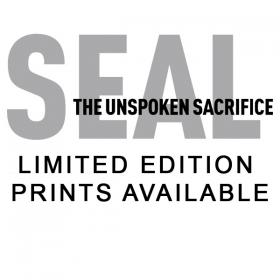