What the Navy is Doing : Downing the Hun Submarine

German submarines sank more ships in April 1917 than at any other point during World War I. As a result, the United States Navy adopted a convoy system of ships escorted by destroyers. Manufacturing of new vessels shifted from the construction of large battleships to smaller destroyers and other types of antisubmarine craft.

Service on destroyers and convoy ships proved to be relatively boring. This boredom, however, was the true measure of success for the convoy system as it indicated the safe transport of supplies and troops.

In addition to the defensive move of the convoy system, the United States developed a class of “submarine chasers”. These specialized small wooden patrol boats were fast moving and agile. Designed to sink submerged submarines, the effectiveness of the “chasers” cannot truly be determined. 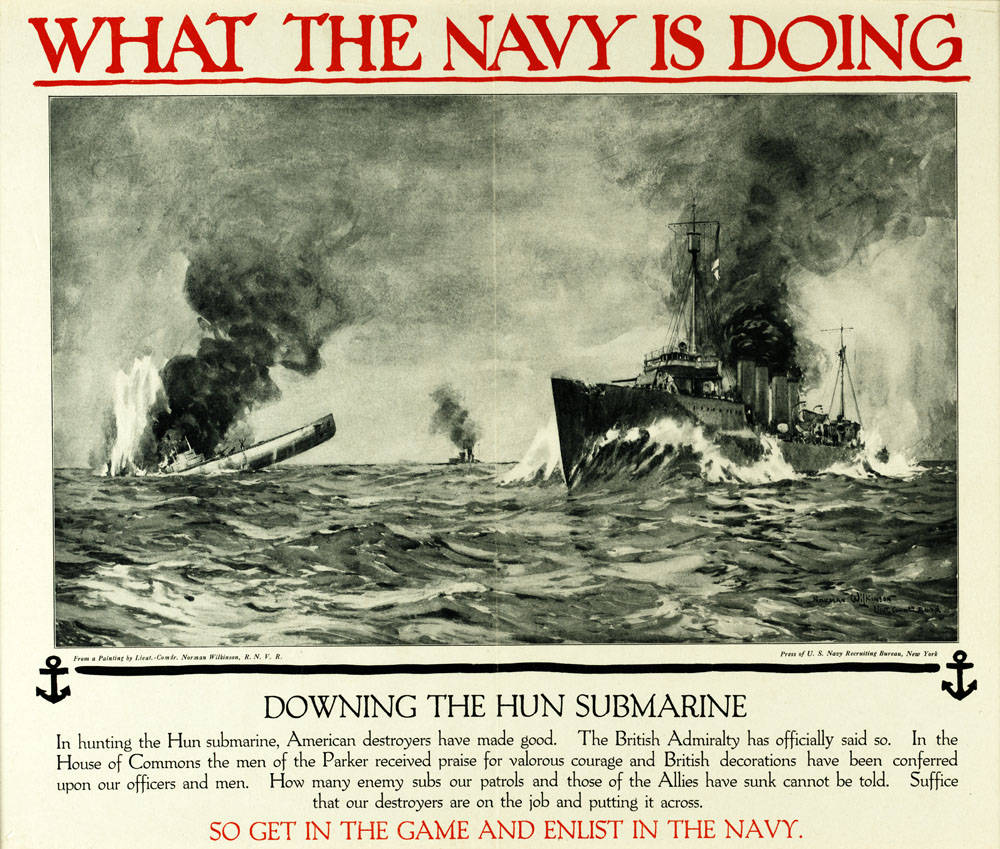 What the Navy is Doing: Downing the Hun Submarine 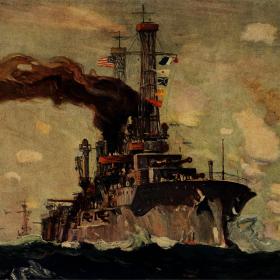 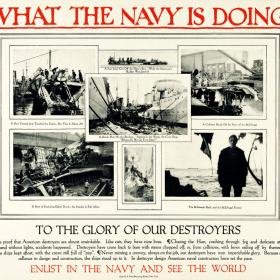 What the Navy is Doing: To The Glory of Our Destroyers Memorial