The Ships are Coming

The Shipping Act of 1916 established the United States Shipping Board. The board, headed by five commissioners appointed by the President, had complete control over United States civilian ships and shipping. Originally established as a peace time organization to build the nation’s Merchant Marines, the war changed the board’s fundamental operations. On April 16, 1917, the United States Shipping Board created the Emergency Fleet Corporation to acquire, maintain, and operate merchant ships to meet commerce needs during World War I. The Emergency Fleet Corporation requisitioned shipyards and ships under construction for the war effort. It would eventually evolve into the formal Merchant Marines for the United States. 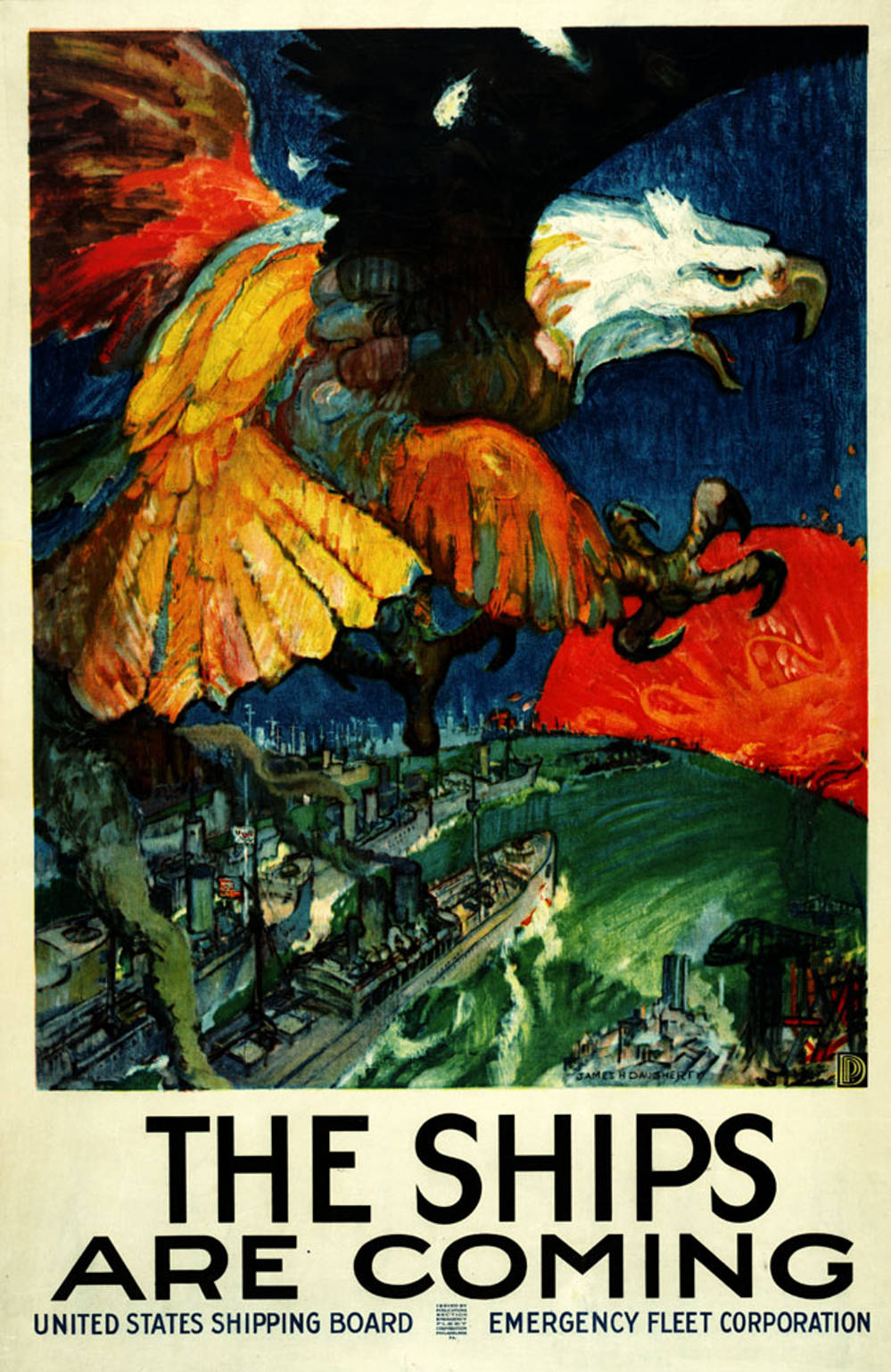 The Ships are Coming poster by James Daugherty. 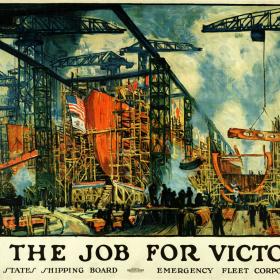 On the Job for Victory Memorial 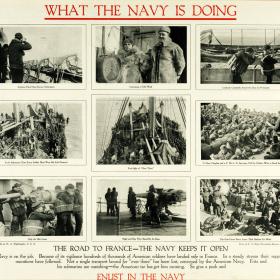 What the Navy is Doing: The Road to France Memorial