Private Valente of Company D, 107th Infantry, 27th Division was awarded the Medal of Honor for his actions east of Ronssoy, France on September 29, 1918.

For conspicuous gallantry and intrepidity above and beyond the call of duty in action with the enemy during the operations against the Hindenburg line, east of Ronssoy, France, 29 September 1918. Finding the advance of his organization held up by a withering enemy machinegun fire, Pvt. Valente volunteered to go forward. With utter disregard of his own personal danger, accompanied by another soldier, Pvt. Valente rushed forward through an intense machinegun fire directly upon the enemy nest, killing 2 and capturing 5 of the enemy and silencing the gun. Discovering another machinegun nest close by which was pouring a deadly fire on the American forces, preventing their advance, Pvt. Valente and his companion charged upon this strong point, killing the gunner and putting this machinegun out of action. Without hesitation they jumped into the enemy's trench, killed 2 and captured 16 German soldiers. Pvt. Valente was later wounded and sent to the rear. 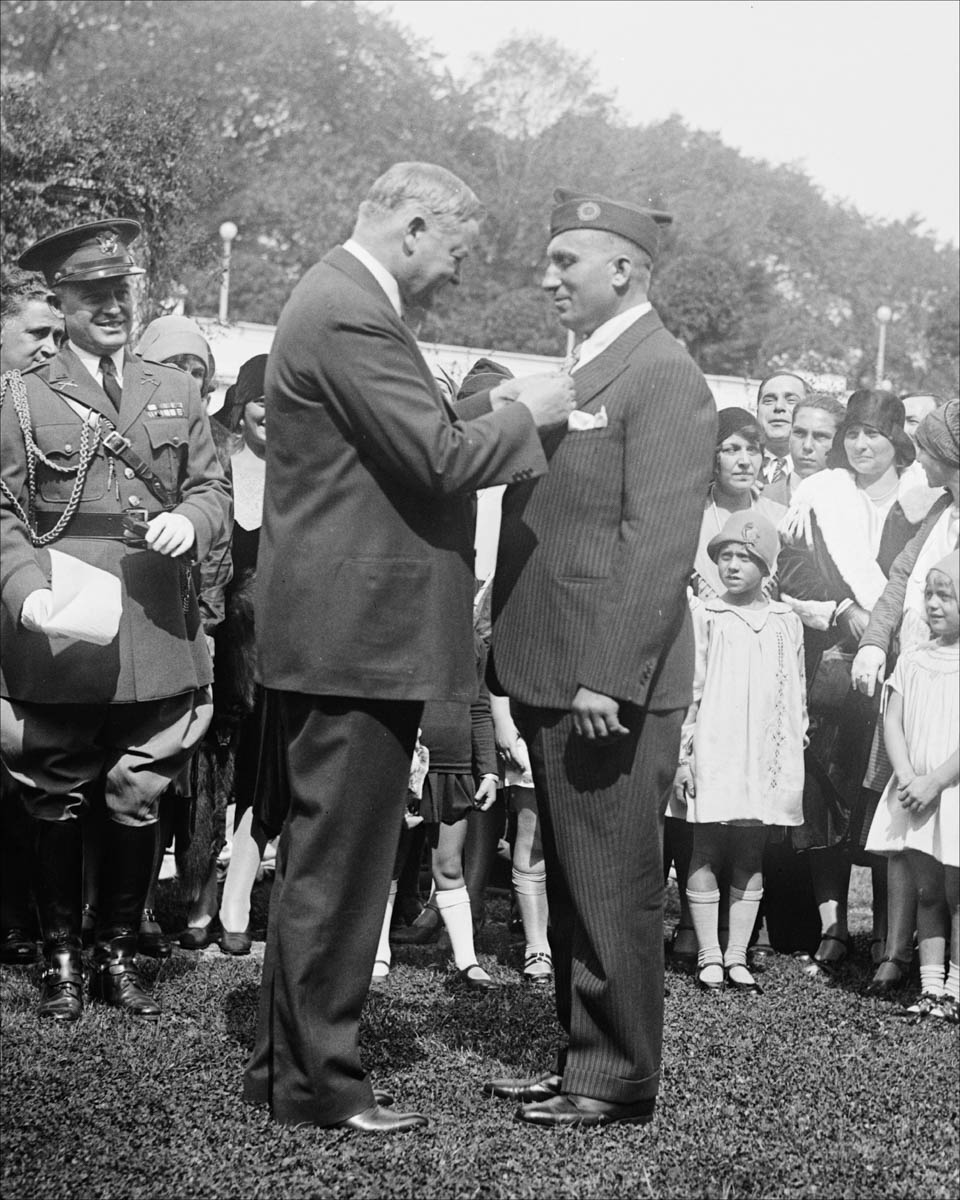 Courtesy of the Library of Congress Prints and Photographs Division 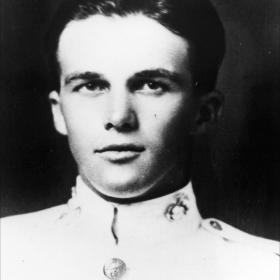 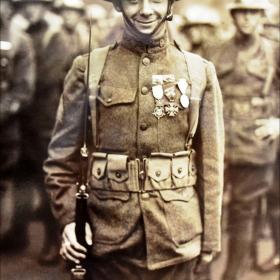