This brass, possibly 110 mm artillery shell, has been engraved with a castle and the inscription, “Meuse Argonne, St. Mihiel, Vosges.”  The Battles of Meuse-Argonne, Saint-Mihiel and Vosges were part of a series of successful offensives launched by the Western Front by the Allies against the Central Powers called The Hundred Days Offensive.   The series began August 8, 1918, and continued through the Armistice on November 11, 1918.  The offensive would cost just over one million casualties for the Allies and 1.1 million casualties for the Central Powers. 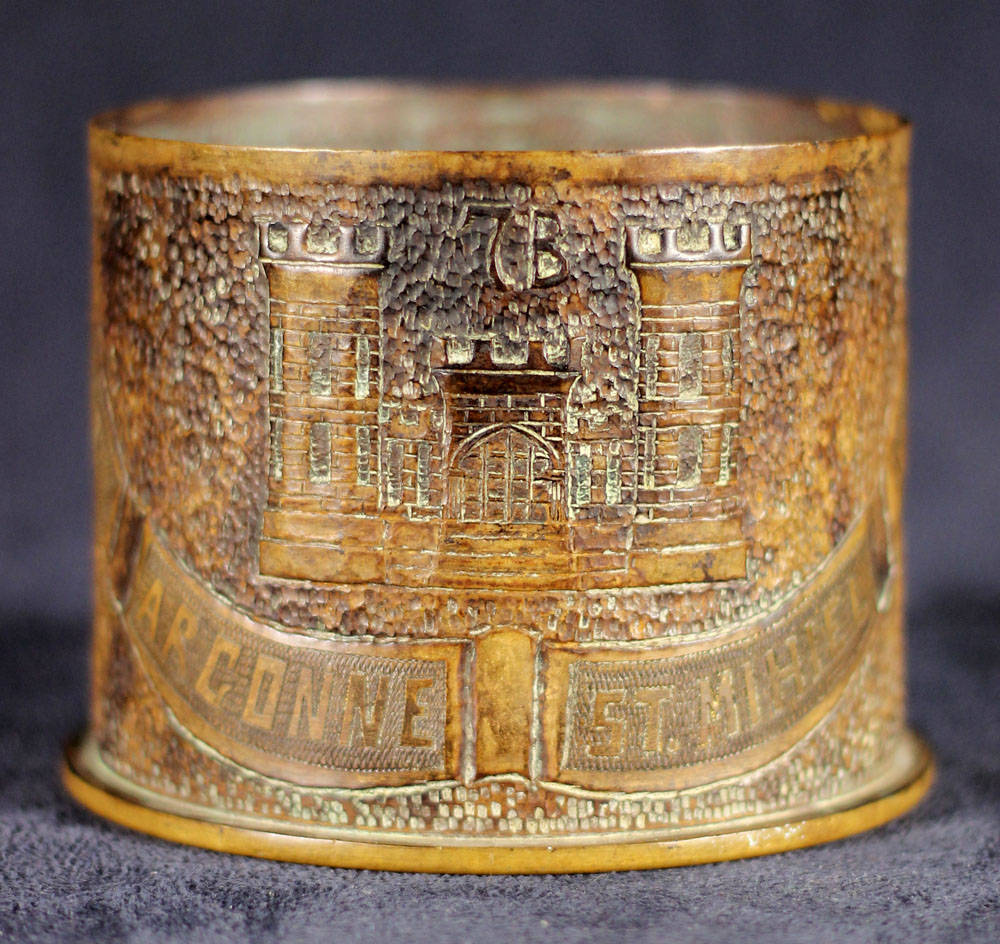 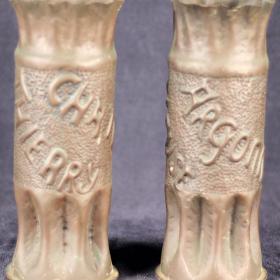 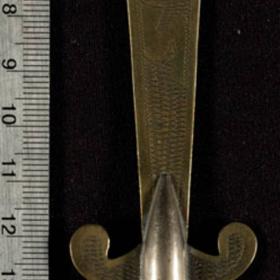