Lafayette, We are Here

On May 10, 1917, President Woodrow Wilson appointed General John J. Pershing the Commander of the American Expeditionary Forces. Pershing and the first 14,000 United States infantry troops landed at the port of Saint Nazaire in France on June 26, 1917. With the majority of these troops being untrained new recruits, they would not make a major battlefield contribution until 1918. Their presence, however, gave a significant psychological boost to the war-weary Allies on the battlefields of France.

On July 2, 1917, United States troops made a symbolic march through Paris ending at the grave of the Marquis de Lafayette, who had convinced the French to aid in the American Revolution. Standing in front of the tomb, Colonel Charles Stanton famously declared, “Lafayette, we are here!” This phrase was largely attributed to General Pershing, though he did not say it. 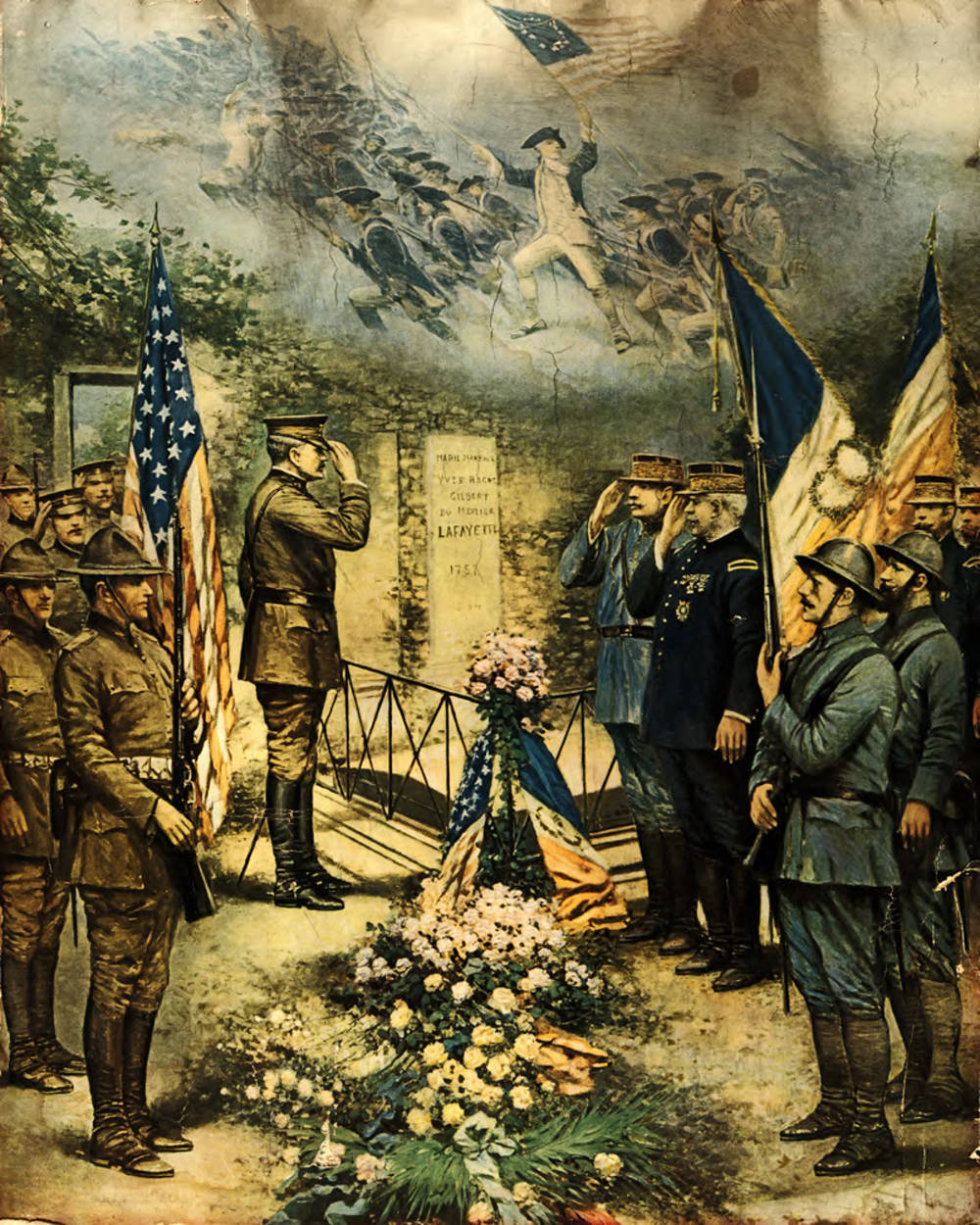 Standing in front of the tomb, Colonel Charles Stanton famously declared, “Lafayette, we are here!” 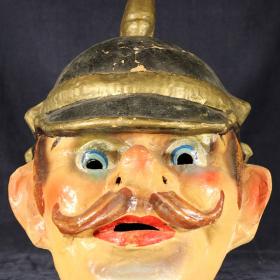 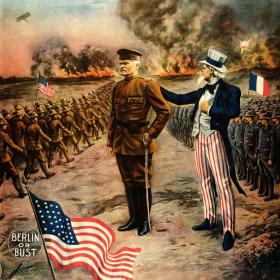