First Division: First - Last – and All the Time

The Battle of Cantigny (kahn-tee-nyee) fought May 27 to May 31, 1918, was the first United States battle and offensive of World War I. Led by the United States 1st Infantry Division of the American Expeditionary Forces (AEF), the objective of the attack was to capture the village of Cantigny and demonstrate the capabilities of the still-inexperienced AEF to its British and French allies. The French provided the 1st Division with firepower and logistical support, including air reconnaissance, tanks, heavy artillery, trench mortars, and flamethrowers. The village was secured in only in 30 minutes, with 250 German prisoners captured. Over the next two days, the United States forces fought off a series of artillery barrages and counterattacks. United States forces held Cantigny with 1,603 casualties, including over 300 killed in action. Most importantly, the success at Cantigny assured the Allies that the newly arrived unified and independent AEF could be entrusted to protect Paris. 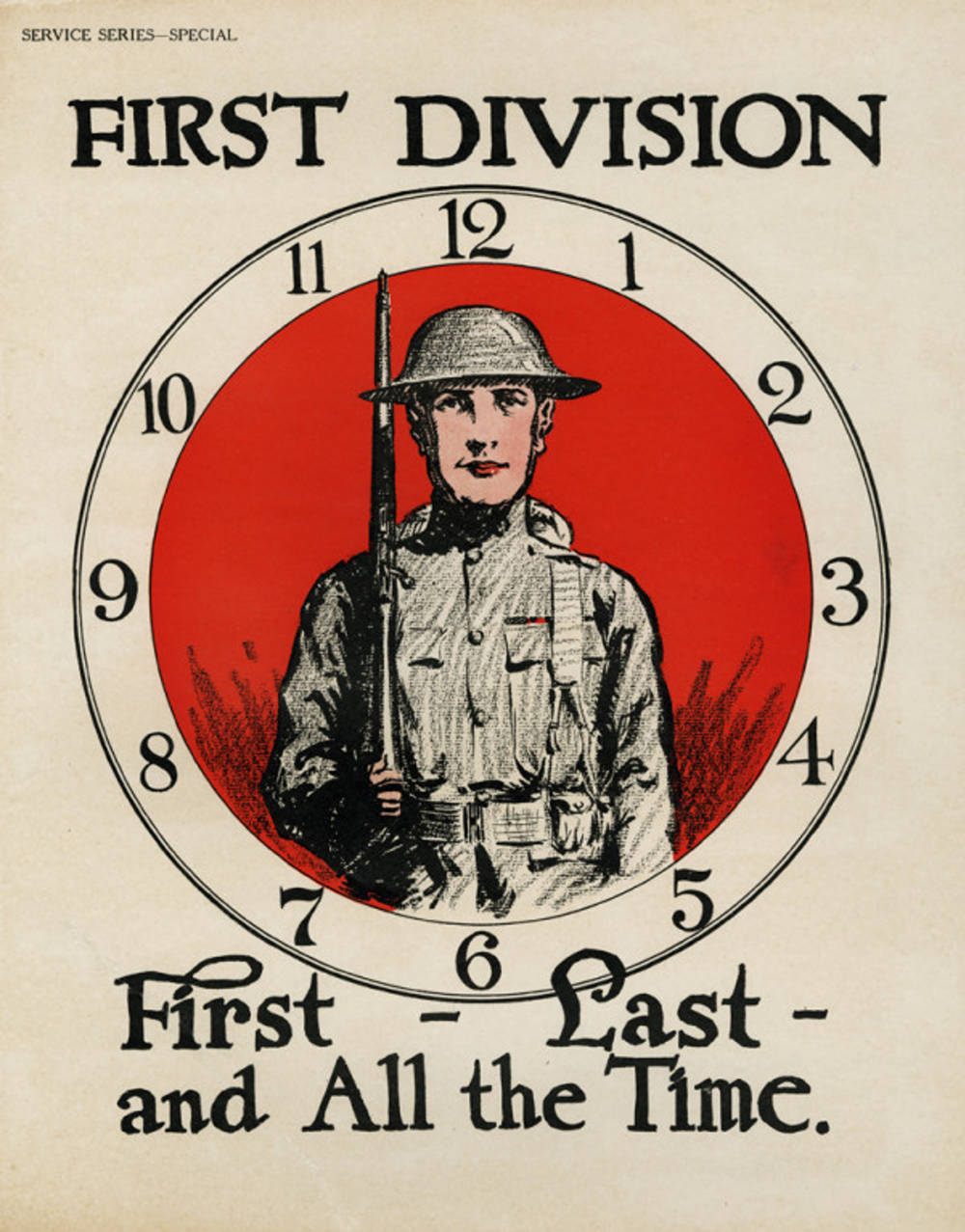 First Division: First - Last – and All the Time 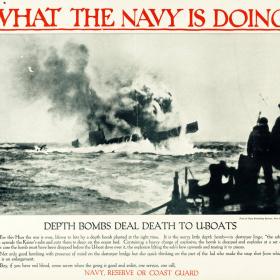 What the Navy is Doing : Depth Bombs Deal Death to U-Boats Memorial 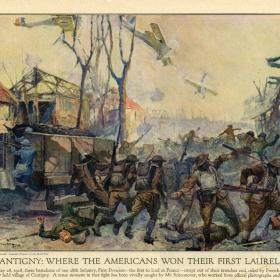 Cantigny : Where the Americans Won their First Laurels Memorial