As United States troops entered the trenches in World War I, the Allies referred to them as Yanks or Sammies. Back home they were known as Doughboys and they carried that name with them to the front lines.

The mental and physical stresses of war and trench life quickly caught up with the doughboys as they moved to the front lines. The ever constant bombardment of artillery fire and bombs killed or wounded up to 70% of soldiers in World War I. Those Allies who had been fighting since 1914, coined the phrase “shell shock.” It described a collection of physical manifestations of unseen injuries including ringing in the ears, amnesia, headaches, dizziness, tremors, hypersensitivity to noise, disassociation, and fugue states. “Shellshock” is now understood to be Post Traumatic Stress or caused by a Traumatic Brain Injury from repeated concussions. 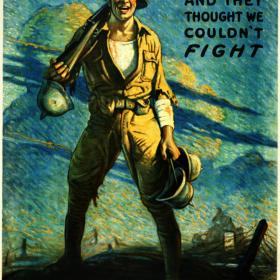 And They Thought We Couldn't Fight - Victory Liberty Loan Memorial 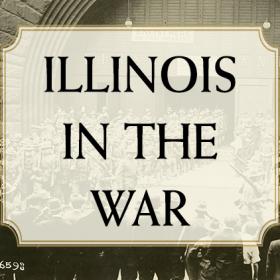 Illinois in World War I Memorial