United States soldiers used the M-1910 haversack to carry their essential equipment in the field. Mess gear, rations, toiletries and personal effects were stored inside the haversack, while the entrenching tool, bayonet, shelter half, and blanket were attached to the outside. A first aid kit and the M1910 canteen were attached to the soldier’s ammunition belt. The M-1910 haversack was worn on the soldier’s back like a backpack but it was not an actual bag. Instead, it had flaps that folded inward and straps and buckles to hold it together. This made adding or removing items difficult as the haversack had to be fully opened to do so. Many of the items in this case would have been carried in a doughboy’s haversack. 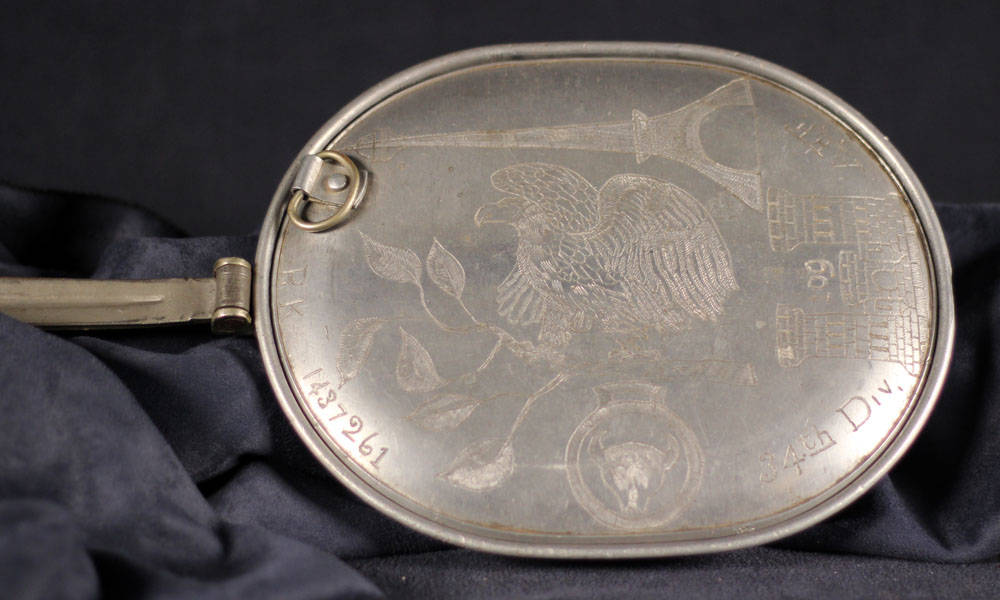 Mess kit with an engraved eagle perched on a branch. 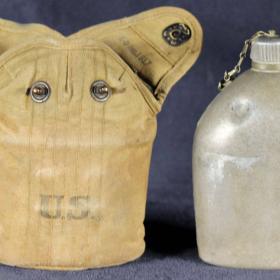 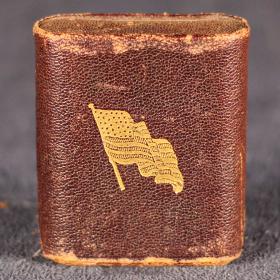