"What did they do before we brought 'em democracy?"

The ongoing war in Vietnam and ideological differences between the People’s Republic of China and the Soviet Union caused tension between communist parties in Indochina. In 1970, the United States began bombings in Cambodia in order to disrupt the transfer of people and supplies through that country. An economic depression, the presence of soldiers from the Democratic Republic of Vietnam (North Vietnam), and the bombings increased political strife in Cambodia. In April 1970, after a political coup, many Cambodians took out their anger on the 400,000 ethnic Vietnamese people living there. On April 15, 1970, the bodies of 800 murdered ethnic Vietnamese floated down the Mekong River into the Republic of Vietnam (South Vietnam). 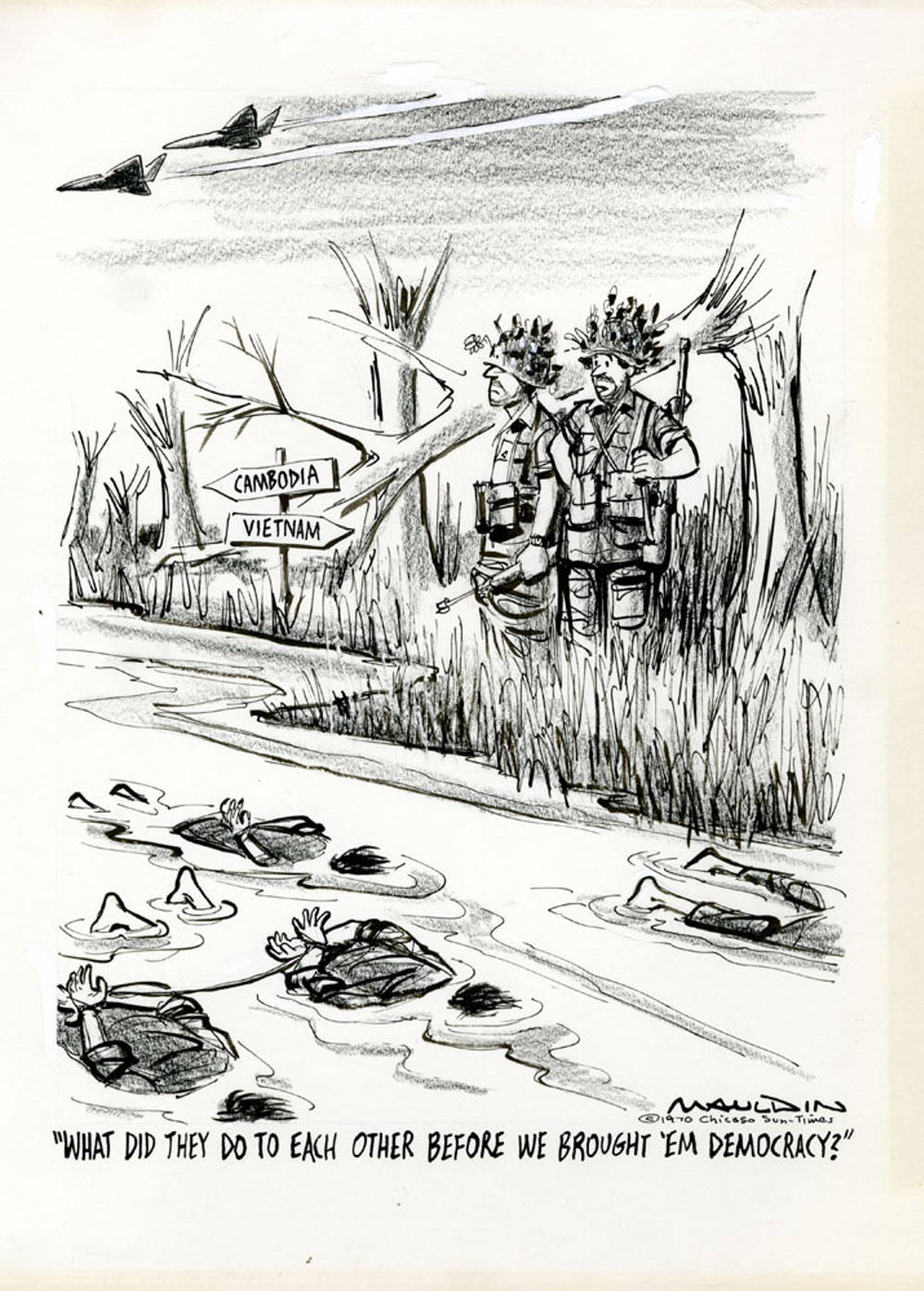 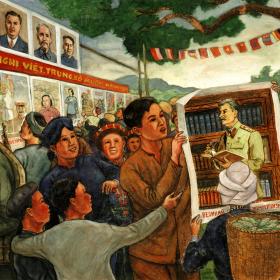 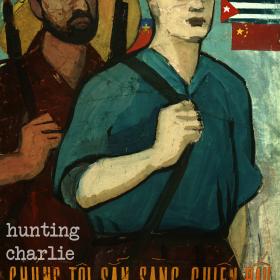 We stand ready to fight by our Vietnamese friends! Memorial