"WE NEVER HURT OUR PRISONERS. I couldn’t imagine torturing a prisoner or hurting a prisoner. Actually you get a whole lot more of ‘em with sugar than you do with that whole thing…WE'RE THE GOOD GUYS. I hate the concept that anyone would even think about torturing a prisoner. We would capture. WE TOOK PRISONERS...But we took prisoners and we sent them back and actually some of the South Vietnamese Army units were guys who had been converted from the Viet Cong…If you treat them well and we gave them three hots and a cot and indoctrinated them and told them that really they shouldn’t be afraid of us; we weren’t bad guys. THE ENEMY VIET CONG LIVED A MISERABLE LIFE; they were filthy, they were underfed, and they were fighting a superior force. Man, we had weapons they couldn’t even think about having. I have a lot of respect for them because they had a lot of guts to fight us.”

This broadside featuring the words of Vietnam War veteran Dominic R. Sondy was printed for the Pritzker Military Museum & Library's 2016 exhibit Hunting Charlie: Finding the Enemy in the Vietnam War. Set in Arial and designed by Kenneth Clarke and Kat Latham. 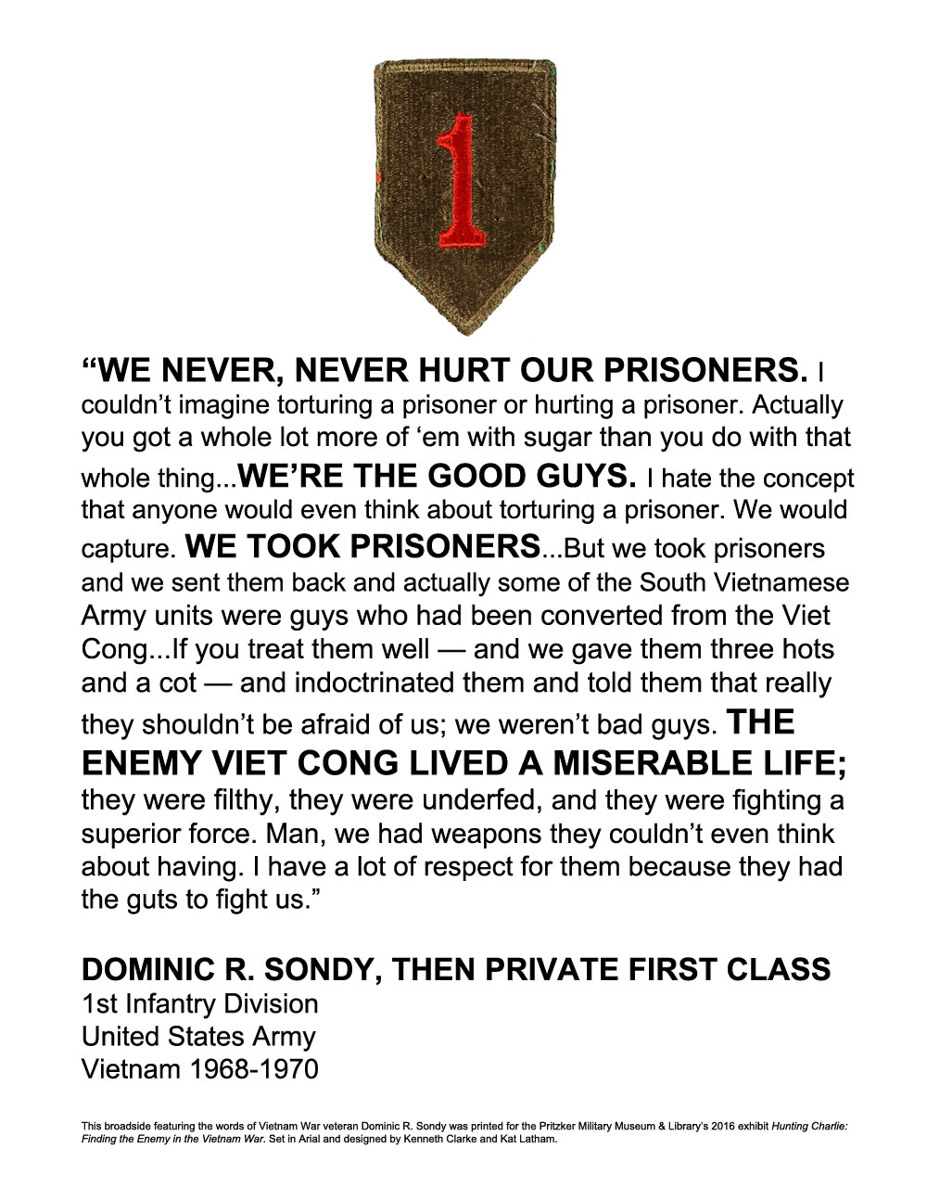 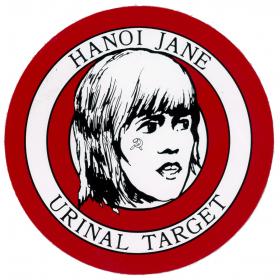 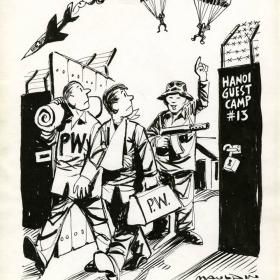