"THE ENEMY IN VIETNAM TURNED OUT TO BE US. A Mae West line comes to mind, “Started out as Snow White but drifted.” Americans do not well tolerate long drawn out and ill conducted conflicts. But, it started well, especially for the young lovers of combat. We went to S.E.A. sure of a righteous battle to end Communist (gook) aggression (denigration, fear and hate always play into war—or should).

As a fighter pilot, I flew out of ‘secret’ bases in Thailand and fought the war over North Vietnam and Laos (and infrequent Saigon duties). THE 'ENEMY' SEEMED DISTANT, THOUGH LETHAL. Since it always happens to ‘the other guy’, I wasn’t worried about being shot down, killed, or captured. With the end of my 100 mission tour looming, and given the thirst and thrill of combat and certainty of victory, I volunteered for another 100 missions.

Shot down, June 1966, much injured and captured, THE 'ENEMY' WAS NOW CLOSE UP AND PERSONAL AND VERY CRUEL. In the early years, brutality, exploitation, and isolation/semi-isolation were the norm. Cut off, with many presumed dead, we were considered and treated as war criminals. POW status was denied.

Our watchwords: Be professional, keep the faith, do your best, use clandestine communications and the forbidden chain of command – SURVIVE WITH HONOR. Years wore on. Uncertain time became an allied enemy.

THEN IT WAS OVER. February 1973, home, determined to restart life and careers leaving behind, as best we could, baggage of the years. In 1975, we officially lost the war, but then, won the peace. Vietnamese relations are valued. Enemy, friend, victor, vanquished — needed words visceral in the day yet meaningless in time. As Saint Ex expounds, “there is only process” but Hoffer too reminds, “Man is the only animal willing to fight and die for an idea”. Nothing has changed. Be wary." 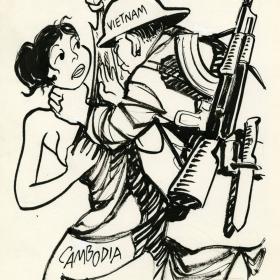 "What will Jane Fonda think of you now?"  Memorial 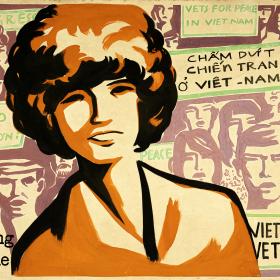 End the War in Vietnam. Down with Nixon!   Memorial