"WE WOULD GO TO THE VILLAGES and we would see people that had been brought in and lined up to see the doctors—doctor in my case—and the Corpsman. My Corpsman went for various sundry medical issues. YOU NEVER KNEW WHO YOU WERE TALKING TO, to answer your question. You never knew if that guy was a Vietcong at night and in the day he lived in the village. You never knew that, it was impossible to tell. You had to do everything through a translator. In other words, here would be sitting this guy in his kimono or the woman with their hats on and you'd say to the translator, "Does she have a lot of pain?" or whatever, and he would say, he would give you an introduction. "This lady has a headache" or "This lady has 'X', sore knee," whatever it would be. THEN EVERYTHING HAD TO GO THROUGH THE TRANSLATOR, so obviously we had no way of knowing was the translator telling them exactly what we ask them, or if he understood what we were telling him to ask her. Who knew? Because when it goes around in a circle like that, particularly with medical terminology and even if you're trying to keep it simple, you never know. We often said to each other back at the base, we were probably treating a guy, making him better for whatever it was, that’s going to come around our base tonight and TRY TO GET IN AND KILL US."

This broadside featuring the words of Vietnam War veteran Dr. Lee H. Strohl was printed for the Pritzker Military Museum & Library's 2016 exhibit Hunting Charlie: Finding the Enemy in the Vietnam War. Set in Arial and designed by Kenneth Clarke and Kat Latham. 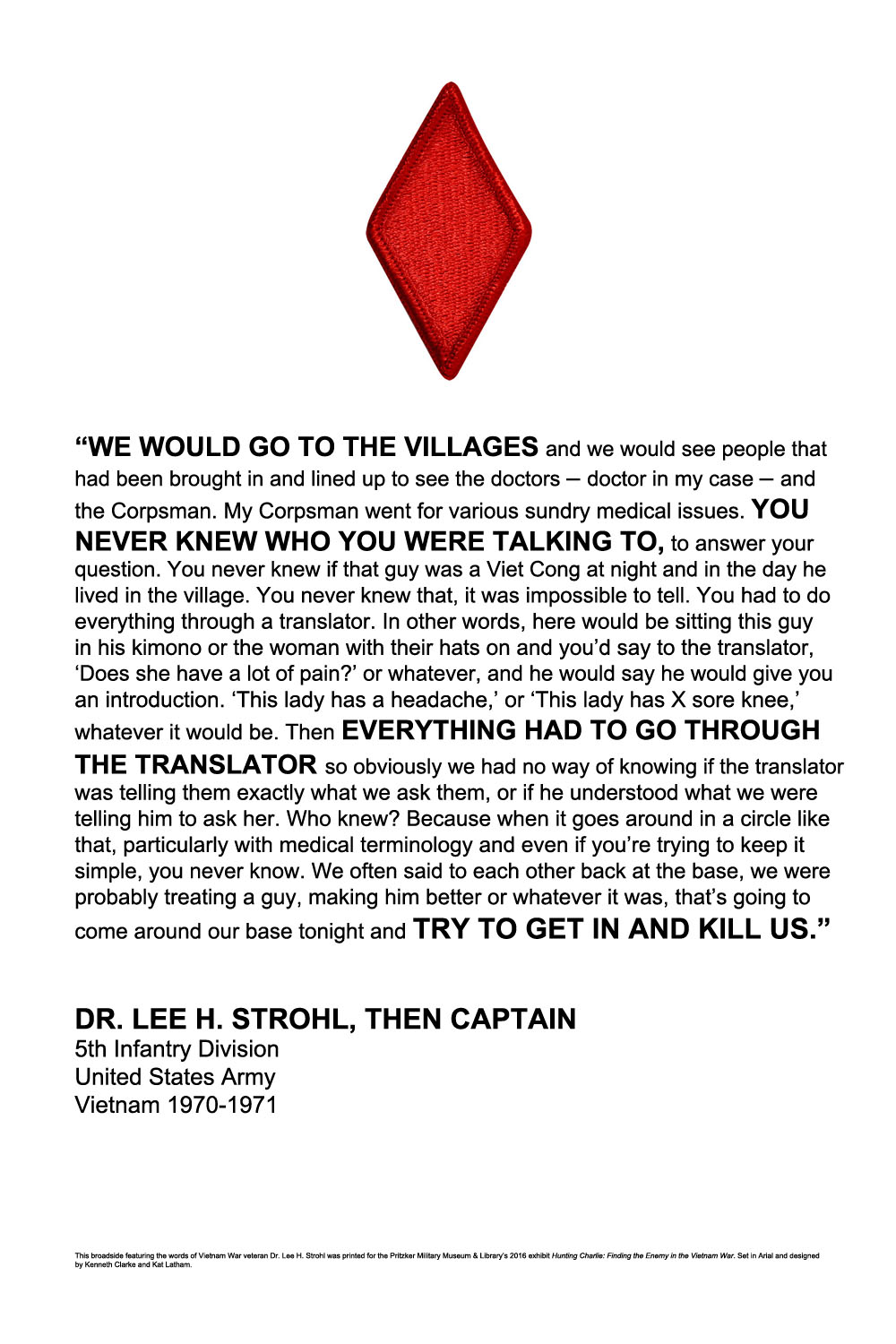 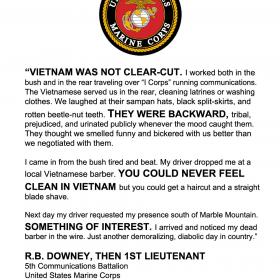 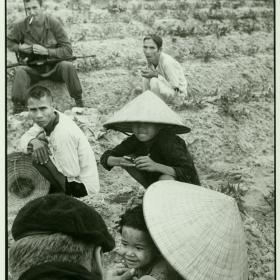