"Well, well, my dear brother, my dear sister! Join me in celebrating our regime which, after the storm, is still as sturdy as granite!"

Passage of the State of Vietnam Referendum of 1955 established Ngô Đình Diệm as the leader of the State of Vietnam; the lands of Vietnam south of the 17th parallel. Diệm promptly established the Republic of Vietnam, widely known as South Vietnam. During his presidency of South Vietnam, Diệm acted as a near dictator. He did, however rely on his younger brother, Ngô Đình Nhu and sister-in-law, Trần Lệ Xuân to aid him. North Vietnam used propaganda to portray Diệm, Nhu, and Xuân as power hungry, corrupt, and profiting on the death of Vietnamese citizens. By 1960, the National Liberation Front (Viet Cong) insurgency had successfully carried out assassinations of local officials, taken over areas of the Mekong Delta, and proved to be a formidable force against Diệm. 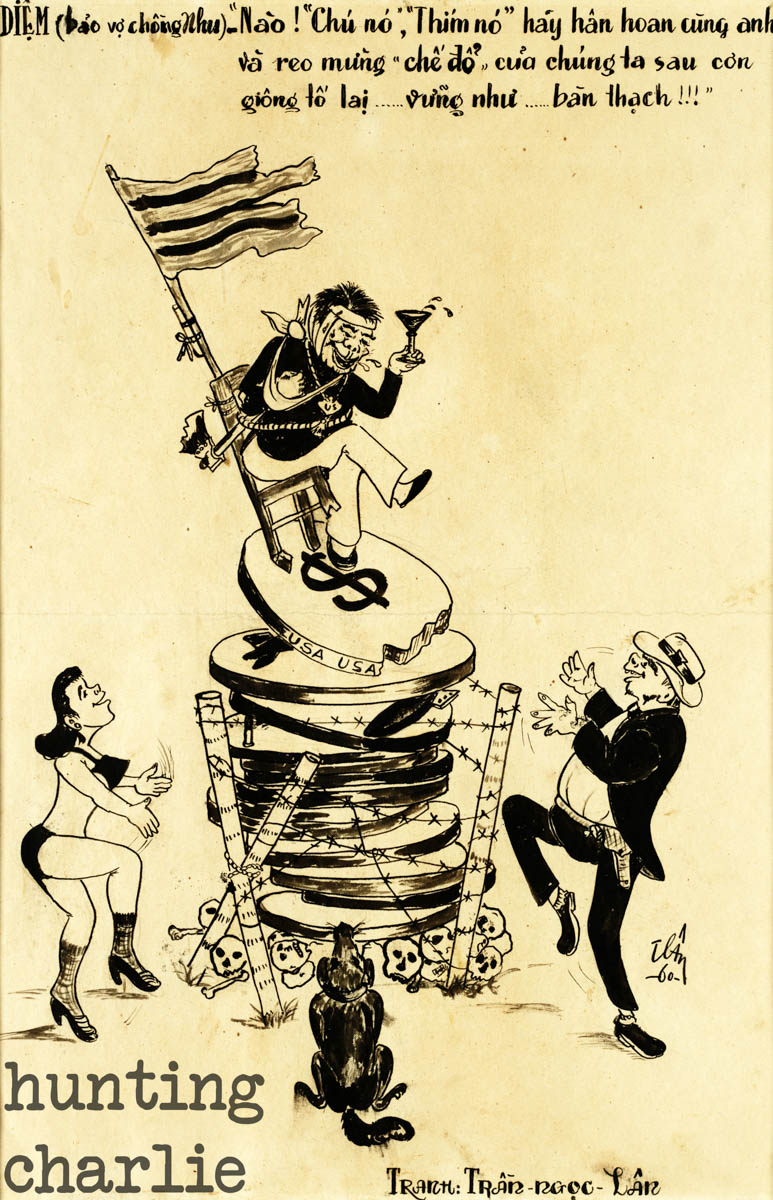 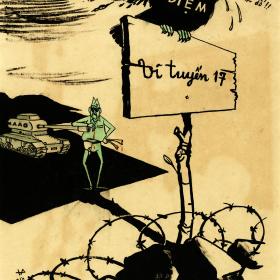 Owl Diệm: “The Vietcong incites to overthrow me.” Memorial 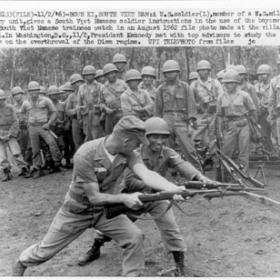