Major Gilbreath and Fellow Officers of the 11th U.S. Infantry

On August 2, 1898, the 11th U.S. Infantry landed on Puerto Rico, then a Spanish colony. Major Erasmus Corwin Gilbreath and his regiment engaged the Spanish near the town of Mayaguez. However, the hot and extremely rainy weather was the largest challenge the men faced. Gilbreath himself spent much of his time in August feeling ill.

On August 22, 1898, Gilbreath died in Puerto Rico. Gilbreath continued to write in his journal until 3 days before his death. His son, William Sydnor Gilbreath scrolled the final entry: “Here he passed on.” 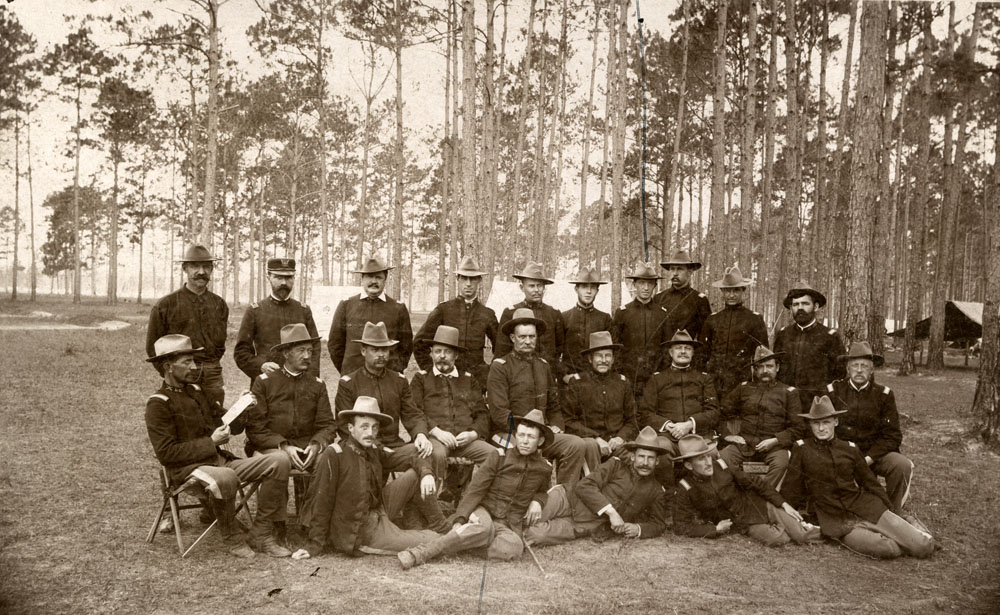 Photograph of the officers of the 11th Infantry taken in Florida. 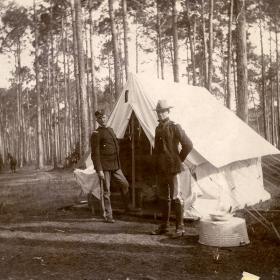 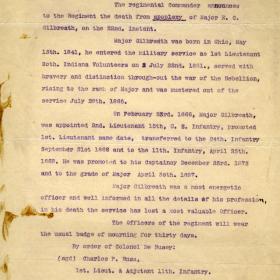