Managing Hostility in the Southern States: Mississippi Ku-Klux in the Disguises in which They Were Captured

Ca. 1870 Courtesy of the Library of Congress

The Army units occupying ex-Confederate states carried out their duties in a climate of hostility in a white populace that opposed Reconstruction by means that included lethal violence. By 1868, the Ku Klux Klan, once a small social club, had become a terrorist organization.

During his tenure as a Commissioner of the Freedmen’s Bureau, Erasmus Corwin Gilbreath encountered the Ku Klux Klan. Gilbreath described one of his encounters as such:

“I had first seen something of the Ku Klux Klan. It consisted only of bodies of white men who paraded covered with white sheets and a fantastic cap. They used to parade at night and usually collected one at a time in some graveyard. They there covered their horses and themselves so that no one would recognize either horse or rider, and then they issued forth in a long string. Their object was to frighten negroes, and they did it effectively. They occasionally killed a negro or whipped one, and they kept all of the freedmen in a constant state of alarm. On starting out they usually fired a shotgun or two and then the colored folks would hide in short order. Their white covering was marked with red and black, and altogether they presented a hideous appearance. The negroes seldom made any resistance, and if they did, soon got the worst of it.” 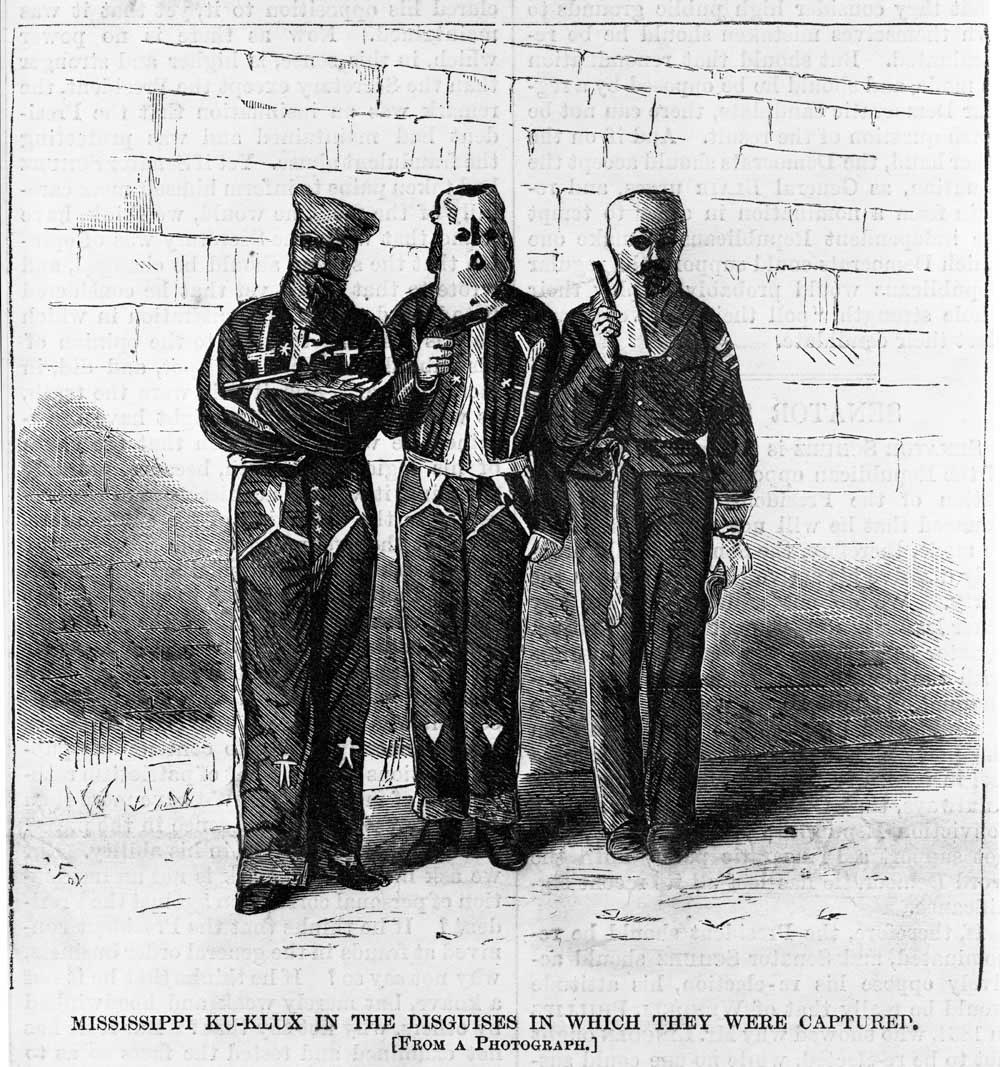 Illustration of three men in their Ku Klux Klan disguises.

Managing Hostility in the Southern States 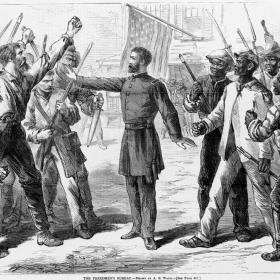 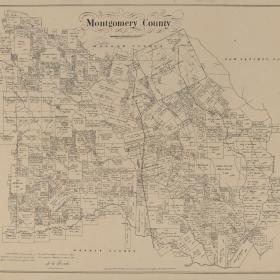