Freedmen’s Bureau during the Reconstruction Era in the Southern States

The burden of meeting the challenges of rebuilding the infrastructure and economy of the ex-Confederate states as well as accommodating some four million newly liberated slaves landed on two organizations: the U.S. Army and the Freedmen’s Bureau. Army units filled many roles, including Freedmen’s Bureau positions, infrastructure reconstruction, law enforcement, administration of justice, and public health melioration.

Erasmus Corwin Gilbreath, as part of his military duties, was made a Commissioner of the Freedmen’s Bureau. He was placed in charge of five counties. Gilbreath described part of his duties as:

“My duties of Freedman’s (sic) Bureau Commissioner required me to act as a sort of a Judge and to listen and inquire into all complaints made by freedmen against their employers. I had to settle their accounts and very often compelled the white employer to pay money to his help.” 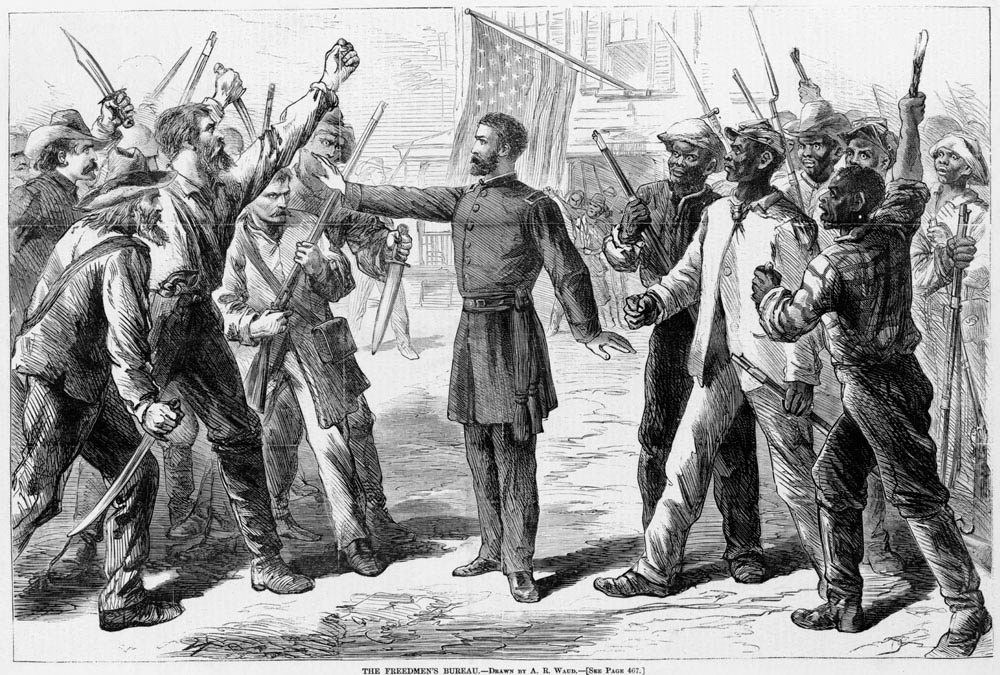 Illustration of a man representing the Freedmen's Bureau standing between freed slaves and whites. 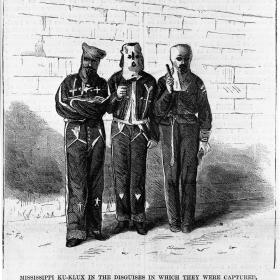 Managing Hostility in the Southern States: Mississippi Ku-Klux in the Disguises in which They Were Captured Memorial