The 20th Indiana Volunteer Infantry Regiment, camped at water’s edge, witnessed and joined with rifle fire the battle between the Confederate States Ship Virginia (formerly USS Merrimac) and several Union ships at Hampton Roads, Virginia. The Battle of the Ironclads was the bloodiest day in U.S. naval history until the attack on Pearl Harbor, 79 years later.

On March 8, 1862, the Confederate ironclad warship, Virginia, steamed into Hampton Roads with the goal of breaking the Union blockade there. In the first day of battle, Virginia destroyed two Union ships and ran a third aground.  During the night, the Union’s ironclad, USS Monitor arrived. The two ships battled for three hours and remained at a stalemate. Eventually Virginia broke off from the engagement. 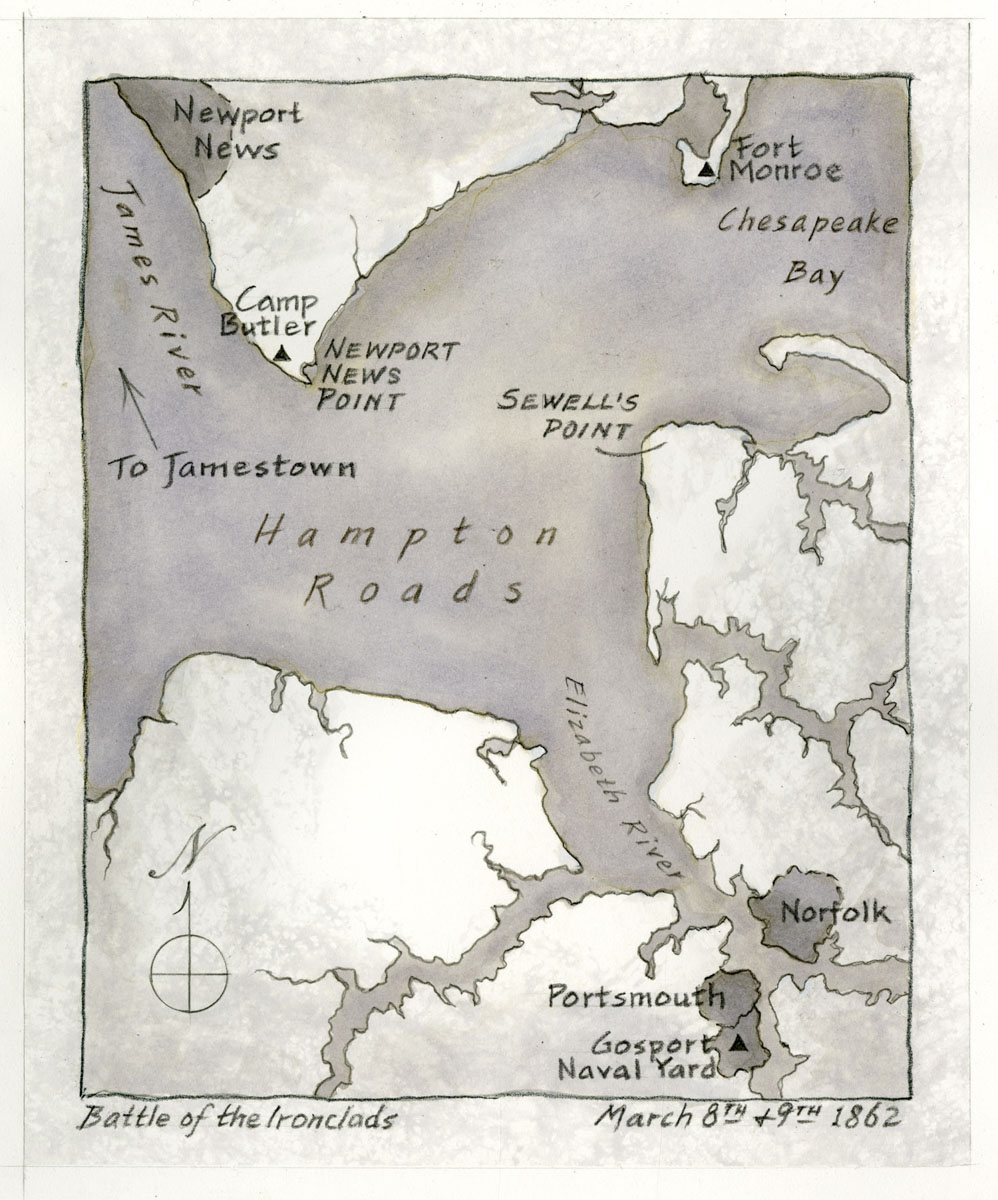 Map showing the Hampton Roads area; the location of the Battle of the Ironclads 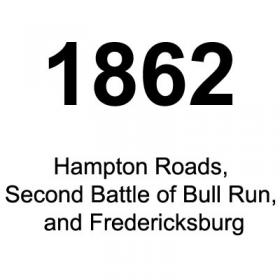 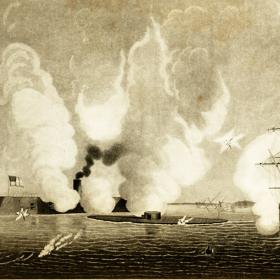