Aboard USS Nevada, a naval officer reads a letter from the Western Naval Task Force commander, Admiral Alan Kirk, describing when and where the naval bombardment will occur. Shortly after the German guns opened fire on the fleet, Nevada began returning fire with her 14-inch guns. Despite the efforts of Nevada and the other ships of the fleet, most of the German defenses remained intact as American troops made their way onto the beaches. 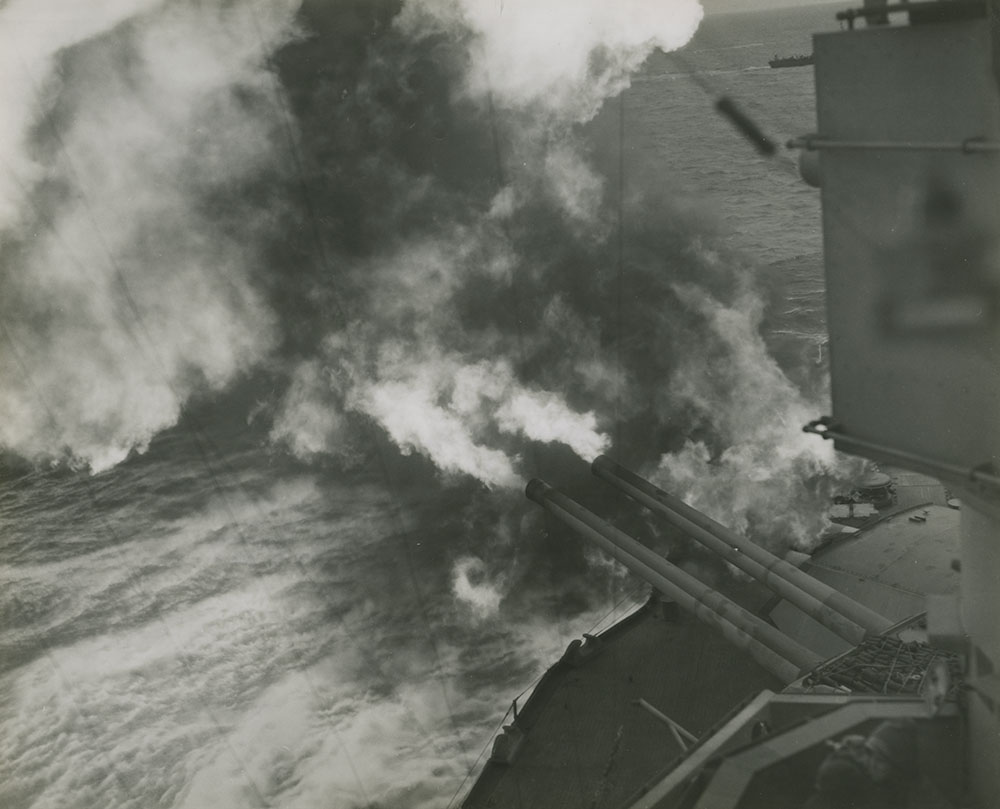 U.S.S. Nevada pours an obliterating hail of death on Nazi positions blocking the forward surge of Allied troops in France. 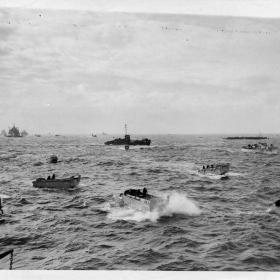