The logistics of bringing ashore thousands of soldiers meant that transports continued to come from England for days and weeks after D-Day. Trying to make sense of this chaos and coordinating traffic on the beaches were the Navy Seabees.  Working around the destroyed husks of tanks and landing craft, and the bodies of the dead and wounded, the Seabees, along with Army engineers, cleared the beaches and created openings for follow-on waves of landing craft, allowing for the movement of vehicles and supplies beyond the beach. 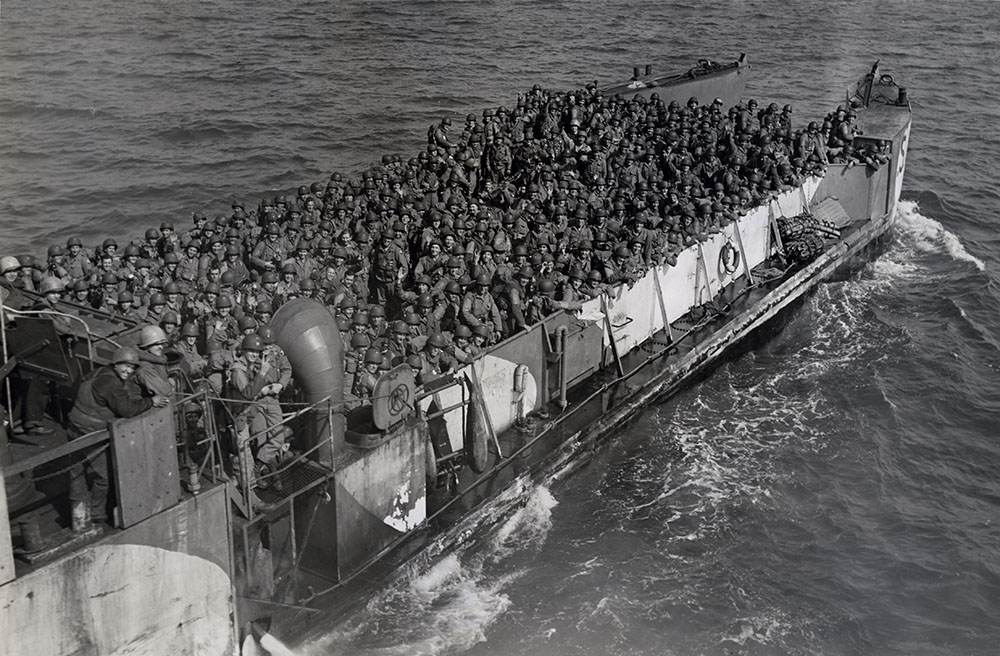 Reinforcements for Normandy Beachhead U. S. soldiers crowd into every inch of space aboard this LCT (Landing Craft, Tank), which is making continuous runs from transports to the Allied beachhead on the Normandy coast. 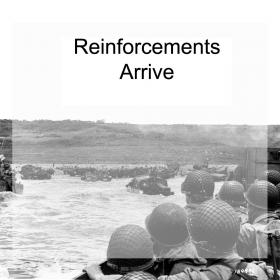 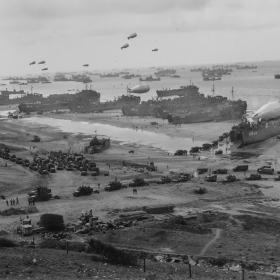