The naval bombardment focused on knocking out as many of the German guns and defensive positions on the beaches as possible. On Utah Beach alone, the Wehrmacht had 110 guns, ranging in size from 75mm to 210mm.  Just after 5:30 in the morning, D-Day, the batteries off Utah Beach opened fire on the Allied fleet. The American cruisers and destroyers returned fire, shelling the beach defenses for nearly an hour until landing craft were directed to assault the beach. This map highlights the gun emplacements in the Utah sector and the naval fleet tasked with destroying them. 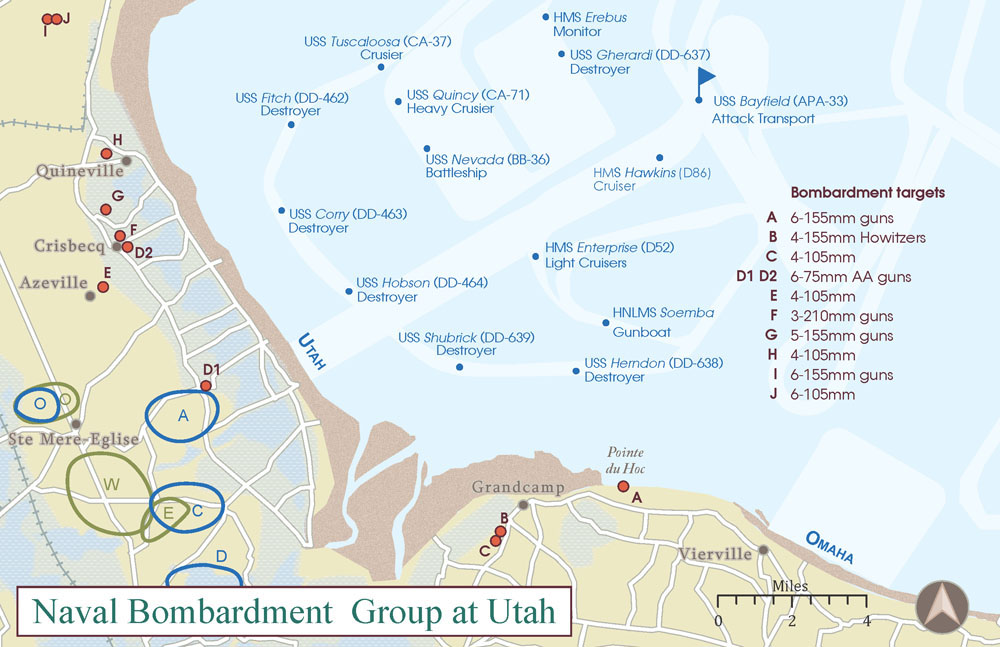 Map of the naval bombardment group at Utah Beach 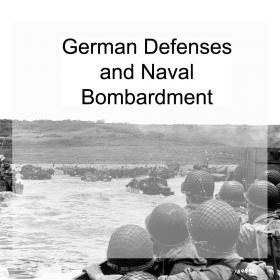 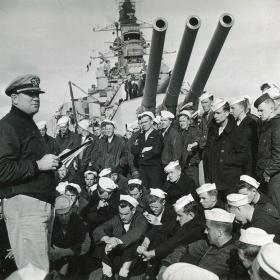