This leaflet was a part of the 1st Infantry Division’s propaganda campaign to encourage the outnumbered Wehrmacht soldiers to surrender in the face of overwhelming odds, diminishing supply sources, and lack of air support. The psychological warfare campaign saw mixed results, though several German POWs did reference the leaflets upon capture.

“Stuck…
Soldiers of the second armored and third paratroop division!
Where are the tanks that had been promised you?
Your tanks are immobilized behind your lines.
Stuck — no petrol!
Where are the heavy guns which are supposed to fight against the American artillery?
Stuck — no petrol!
Where is the petrol without which your heavy weapons cannot advance?
The petrol cannot be brought up because American Air Force controls the lines of communication.
Your supply — stuck!
Where is your air force?
It can’t fly on water.
Without air force arrival of supplies is uncertain.
Without supplies — no tanks and no heavy artillery.
Without tanks and heavy artillery — no protection against the superiority of the enemy.
YOU ARE STUCK!
That is the way it was before Cherbourg. General von Schlieben, Admiral Hennecke and thousands of you comrades saw the complete hopelessness of their position.
They have saved their lives." 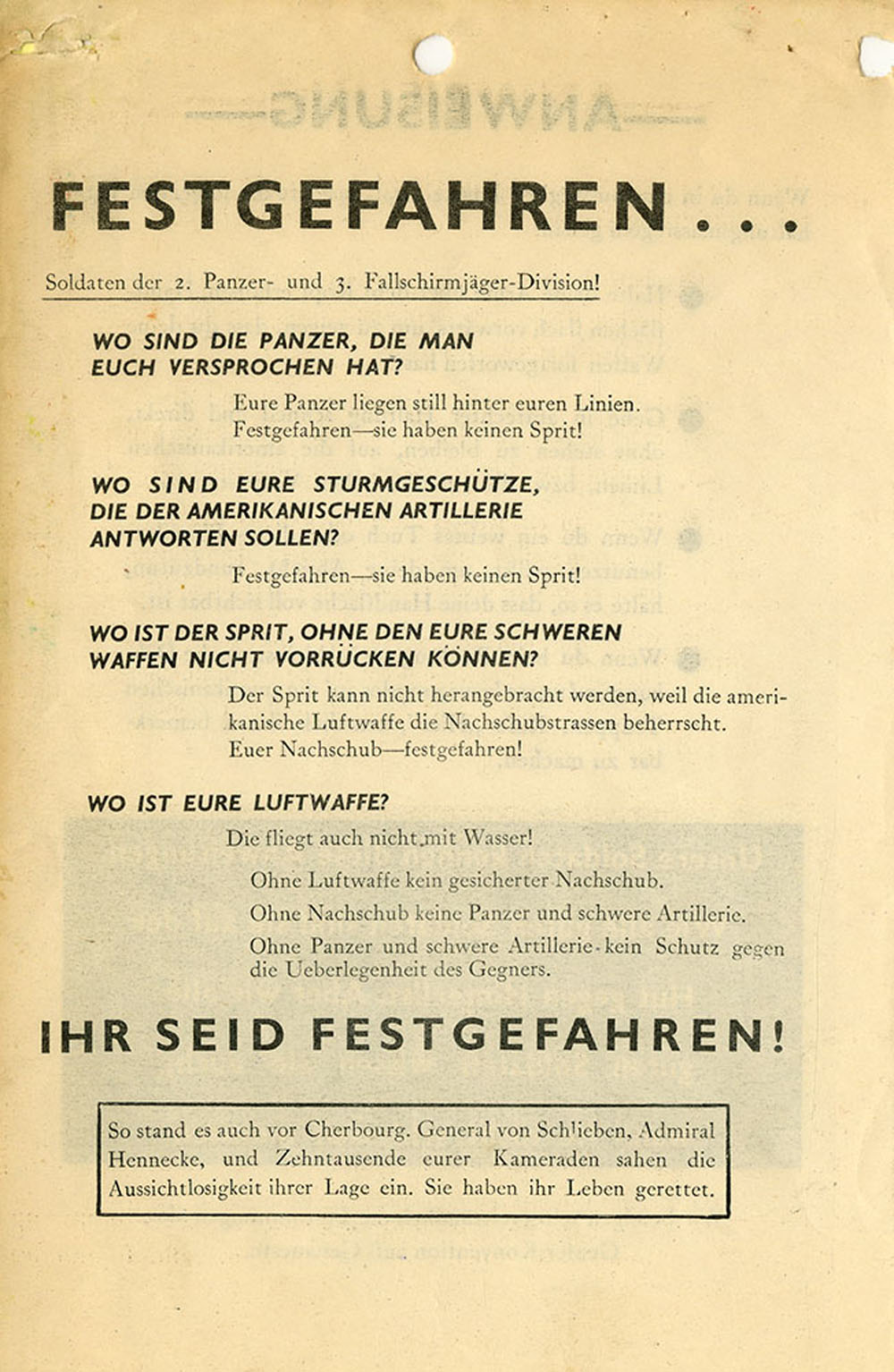 Leaflet for German soldiers to surrender. 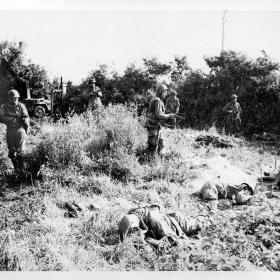 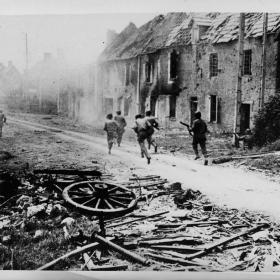