On D-Day, the men of the elite 2nd Ranger Battalion were on a mission to seize Pointe du Hoc, eliminate a number of 155mm guns on the cliffs above, and assault the German position firing on the west flank of Omaha Beach. As the first to land on their section of beach, the Rangers faced intense machine-gun fire and grenades as they fought their way to the top of the cliffs. The Rangers succeeded in driving the Germans from their positions, but found the large guns had been removed from their casements prior to D-Day. They took heavy casualties during their assault but were vital in cutting off the German left flank on Omaha Beach. 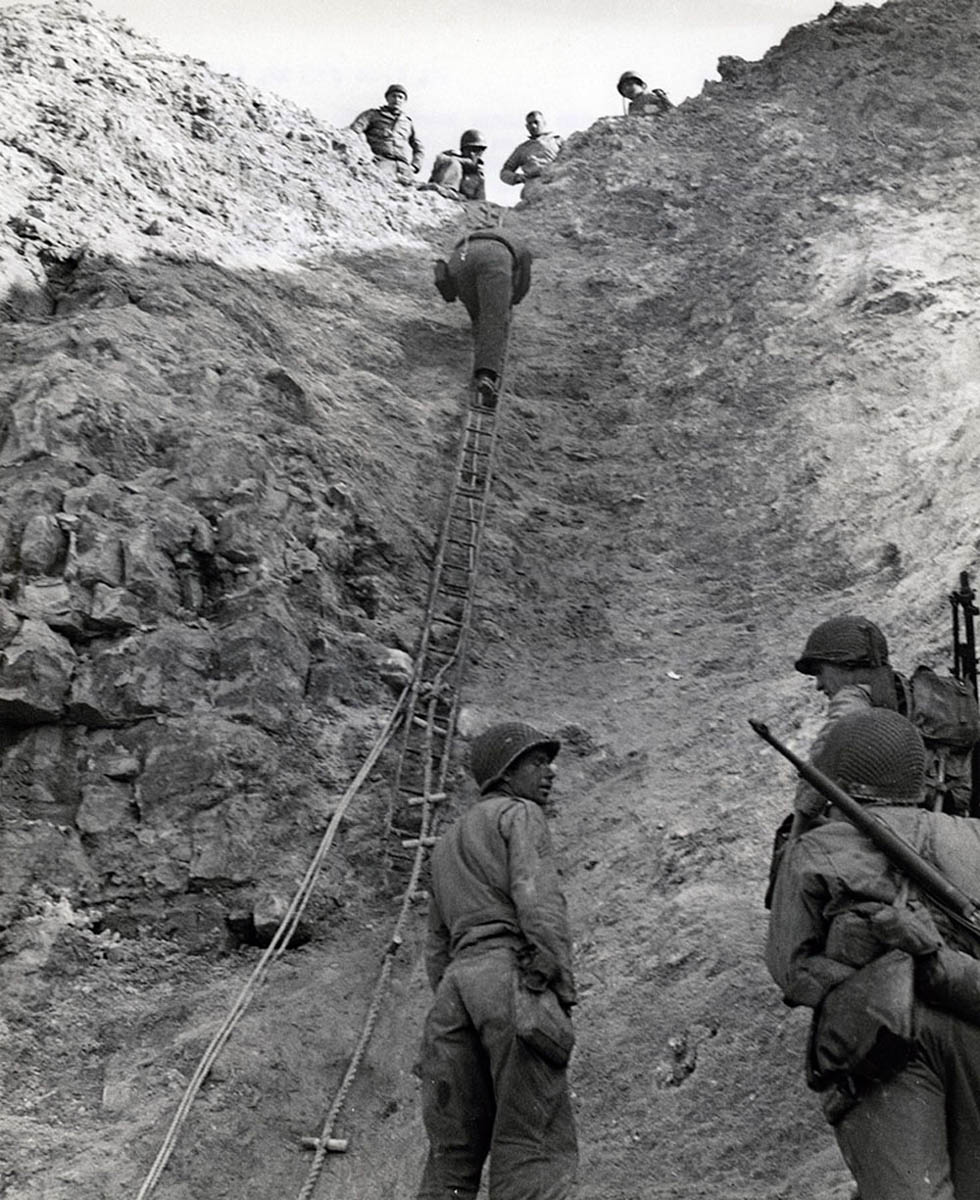 U. S. Army Rangers show how they accomplished their feat by climbing a makeshift ladder to take German gun crews by surprise. 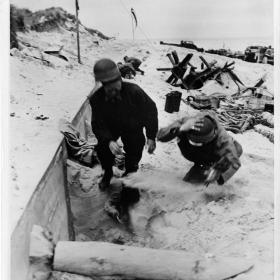 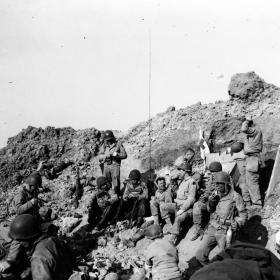