In 1941, Coast Guard uniforms officially became modifications of Navy regulations. Thus, many of the uniforms look very similar to Navy uniforms of the same type.

This jumper and cap are part of Edward Drenka’s Service Dress Blue uniform. Service dress blues would be worn for official functions below the level of full or dinner dress. They are commonly worn when traveling in an official capacity or when reporting to command.

Service dress uniforms are seasonal, with blue being worn in winter, or year round for travel. Coast Guard uniforms were distinguished from Navy uniforms by corps devices, shoulder marks, and buttons. 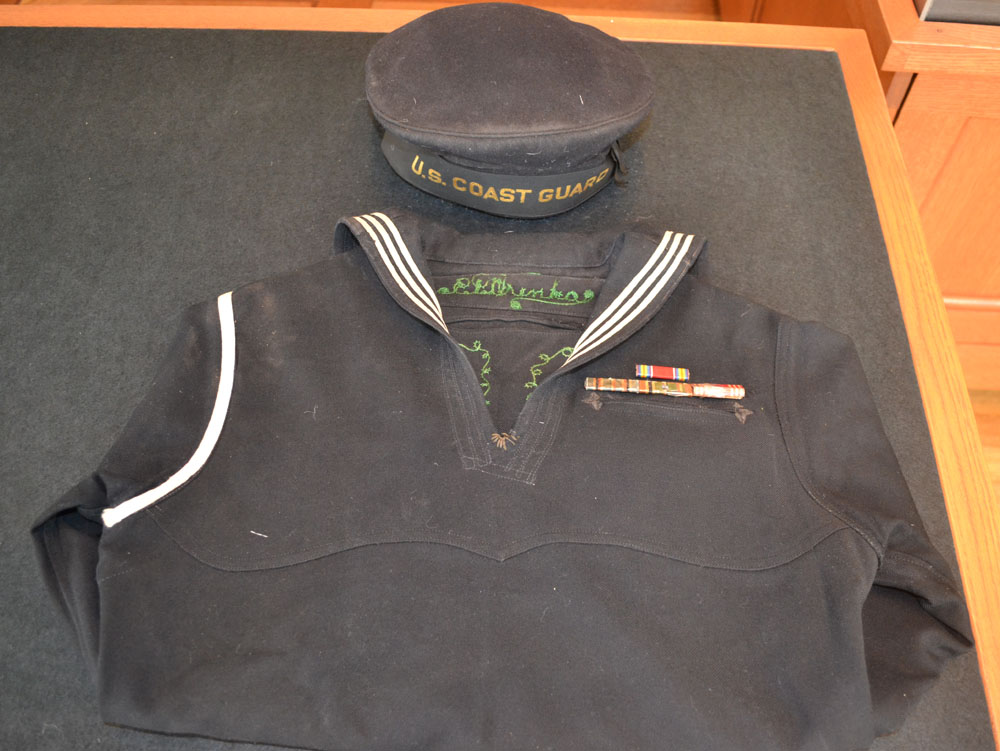 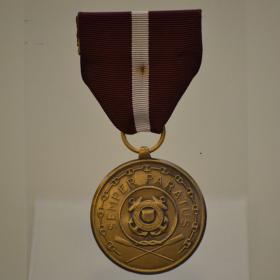 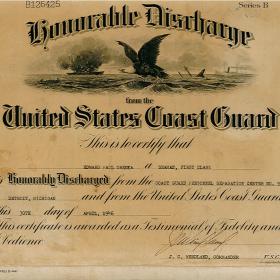