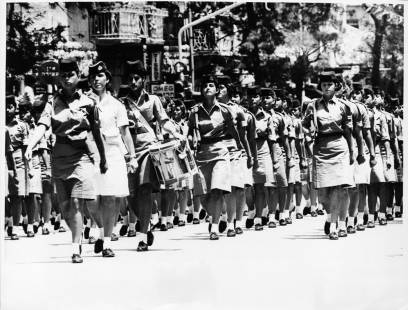 The force behind the men.

Jerusalem, Israel: There's an old saying--"The woman behind the man"--Which these marching young ladies may very well qualify. They are the force behind Israel's fighting men. These girls, who participated in the parade marking Israel's 19th anniversary, handle the computers and the sophisticated military electronic equipment of the nation's armed forces.