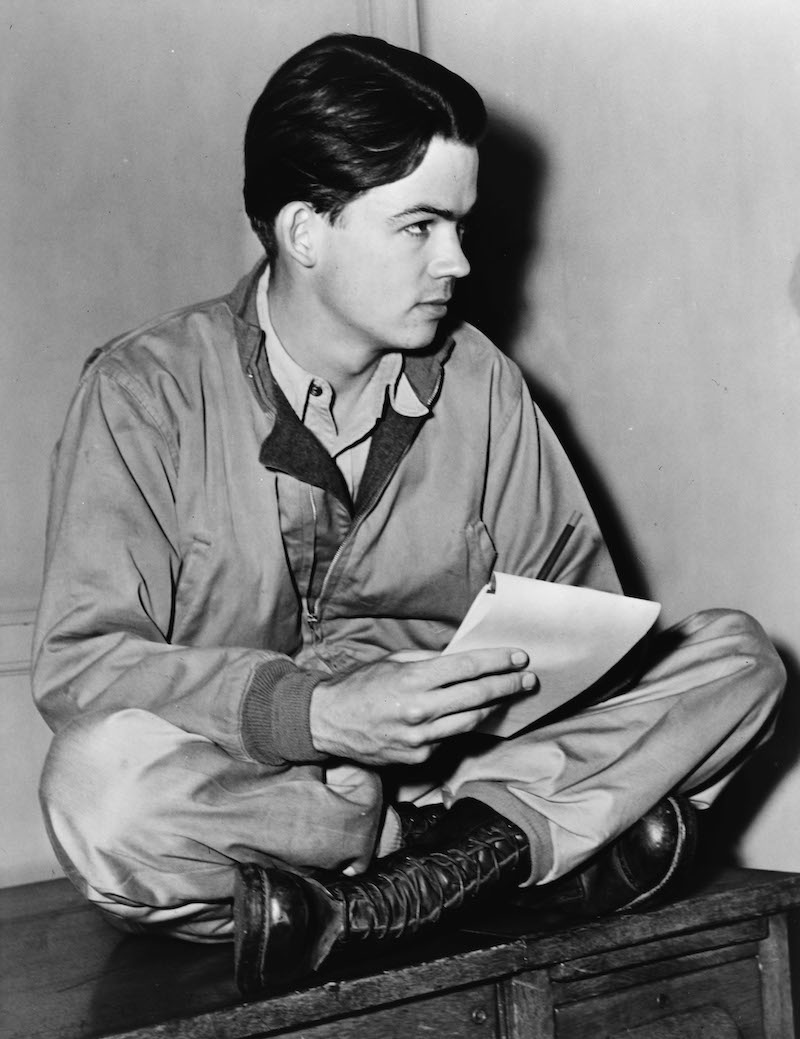 Who is Bill Mauldin?

For nearly fifty years, from World War II to the end of the Cold War, Bill Mauldin used his artistry and wit to provide commentary on the world as he saw it, earning two Pulitzer Prizes in the process. As a soldier and nationally syndicated political cartoonist, he used his voice and platform to critique the policies and actions of the nation’s leaders, both military and civilian, when they came up short.

*Photograph of William "Bill" Mauldin, Courtesy of the Library of Congress

Born into poverty, Mauldin used his pen and paper to change his fortune and circumstances. His art saw him through World War II, where he used his own experiences and those of the downtrodden infantryman to present a true account of life on the front. Through his characters Willie and Joe, he was able to capture the cultural nuances of life in the Army, providing comedic relief or consternation - depending on the viewer – while simultaneously presenting the grim reality of the war to the home front.

His return home gave him fame and fortune beyond his imaginings. As the youngest Pulitzer Prize winner, his fame preceded him, opening doors in Hollywood, syndication in hundreds of newspapers, and books that were instant best-sellers. These platforms allowed him to expose and speak out against the inequalities he witnessed in society at large. He transitioned his critique of military leaders to those leading the nation, finding success as a political cartoonist for the St. Louis Post-Dispatch, where he won his 2nd Pulitzer Prize, and then at the Chicago Sun-Times. His famous cartoon reacting to the assassination of President John F. Kennedy in 1963, 20 years after he first came to renown with his Willie and Joe cartoons, shows his continued ability to tap into the cultural zeitgeist of the time.

During his long career Mauldin consistently questioned the privilege he witnessed in American politics, devoting some of his most intense critiques to the social injustices of the period. Addressing segregation in the armed forces, the civil rights movement of the 1960s, and the economic inequalities in America, Mauldin used his artistry and voice to create images that communicated more to his audience than the written word often could.

Spurred on by a rebellious nature, Mauldin created works he believed would make an impact, and force the viewer to engage with the message. The issues that he illustrated in the past, of life in the armed forces, the inequalities of society, and the duplicitousness of politicians stand the test of time precisely because we are still grappling with them today.

See the exhibit before it closes April 2!