Drawn to Combat: Bill Mauldin & The Art of War 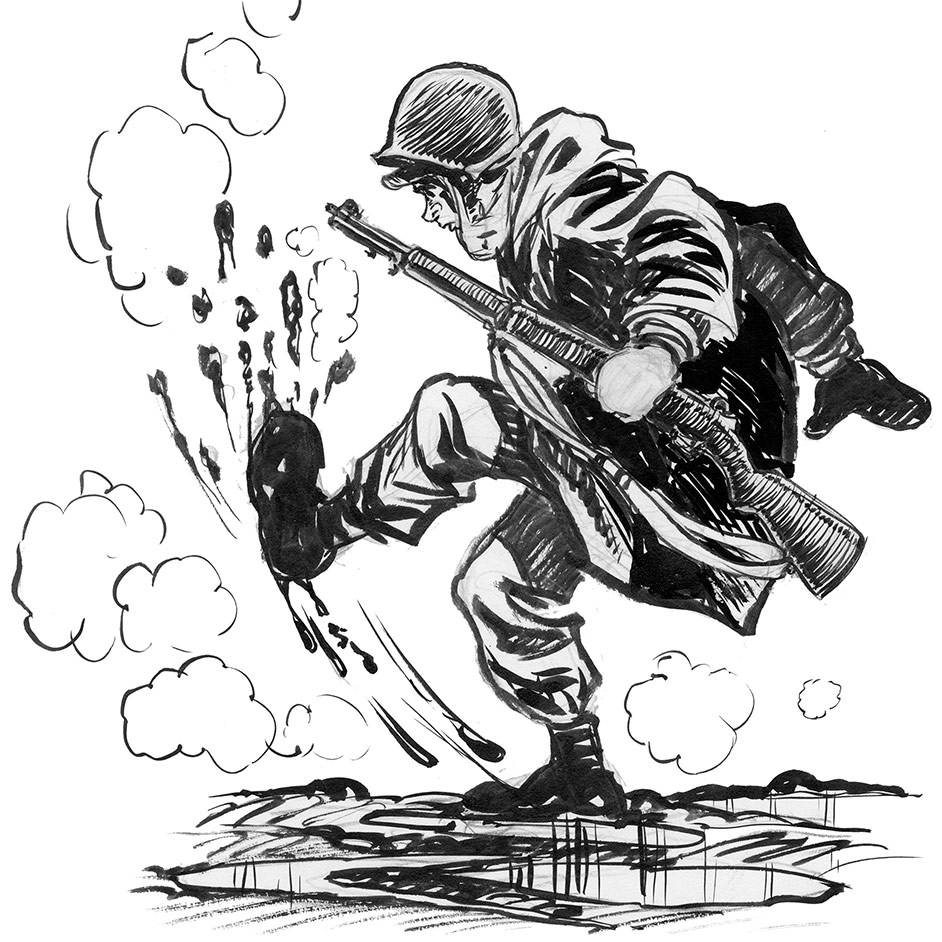 Take a peek inside the exhibit, "Drawn to Combat: Bill Mauldin & The Art of War."

The exhibition highlights the active role that Pulitzer Prize winning cartoonist Bill Mauldin took in documenting and satirizing foreign and domestic military and political affairs throughout his career. As a nationally syndicated political cartoonist for more than fifty years, Mauldin covered everything from the civil rights movement to sports, but he is perhaps best known for his work covering military topics, beginning with his characters Willie and Joe during WWII. From his earliest years learning to draw, to his time in service during WWII, Bill Mauldin gained an insider’s view of how soldiers thought and acted, the men leading them, and all aspects of life in uniform. The exhibit addresses many of the military themes he would continuously employ throughout his career, as well as his work commenting on the political landscape of the 2nd half of the twentieth century as an editorial cartoonist. The exhibit consists of approximately 150 framed drawings and published cartoons, as well as personal material from Bill Mauldin’s exceptional career; including his Pulitzer Prize awards, fan letters, and Purple Heart medal.

View the exhibit through a virtual tour, hosted by WTTW's Geoffrey Baer. 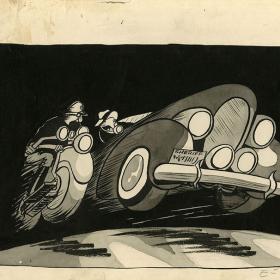 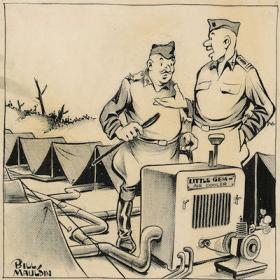 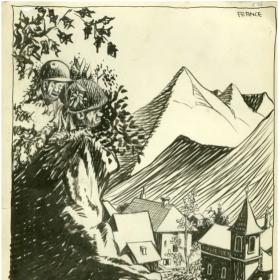 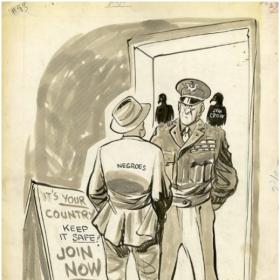 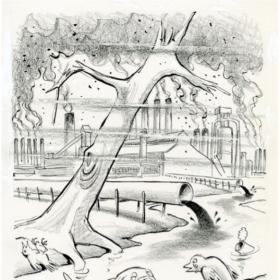 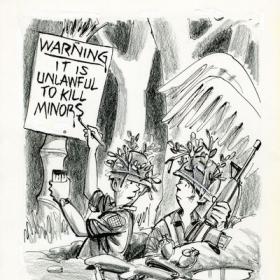 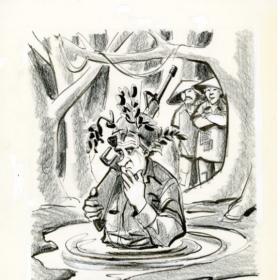 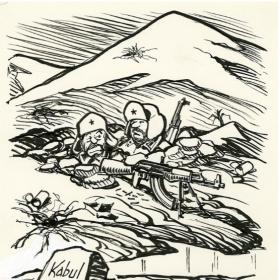 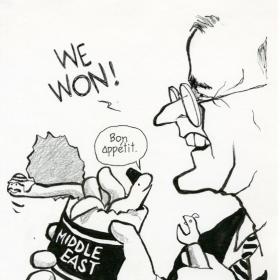 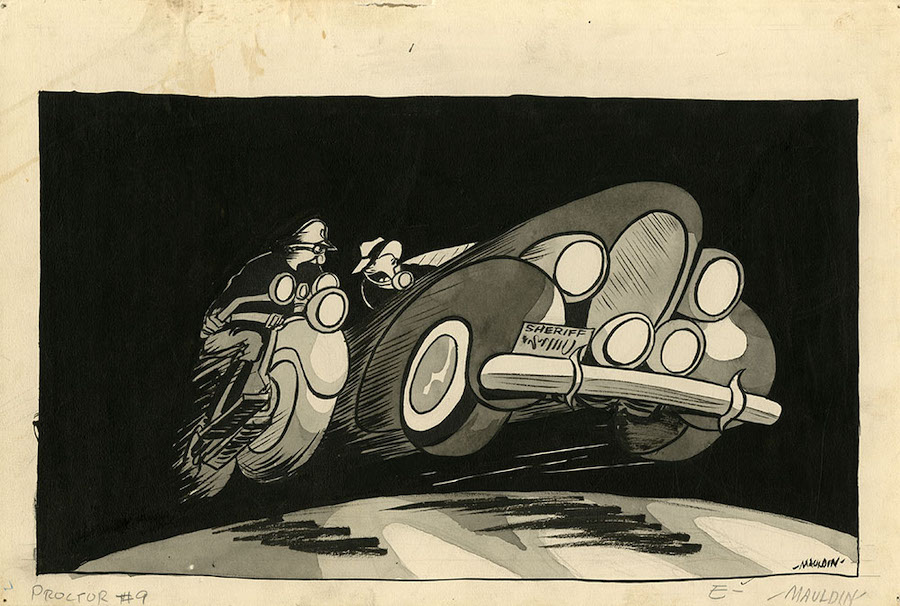 Drawing of car and motorcycle speeding along. For Mr. Proctor 's Class, #9 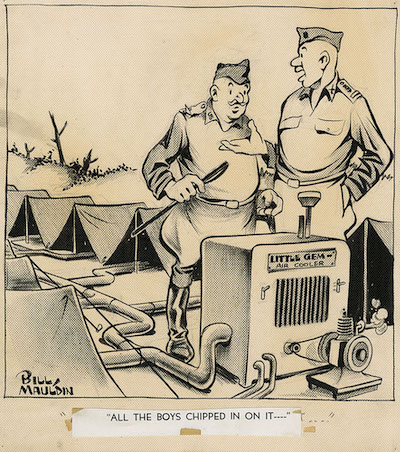 "All the boys chipped in on it"

Time away training for the Army makes everyone miss the comforts of home. 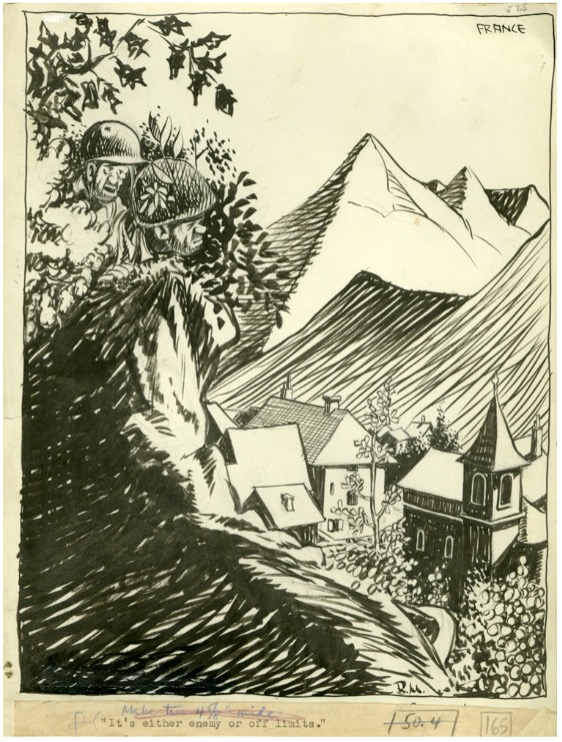 "It's either enemy or off limits”

American soldiers Willie and Joe over look a mountain town in France. 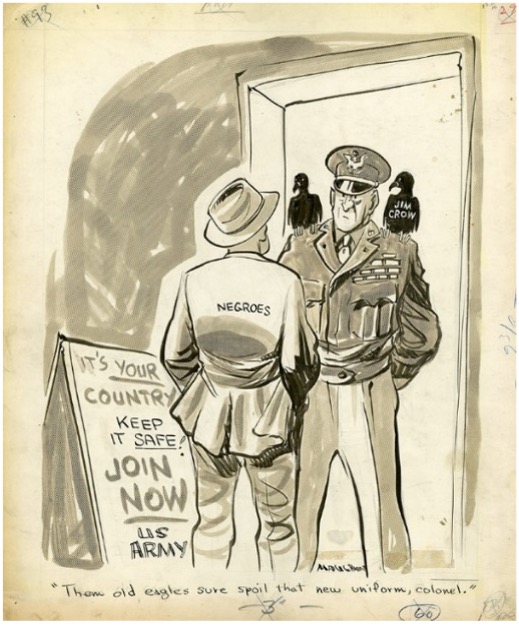 In 1947 Jim Crow was still very much a part of the army, as it was still segregated. 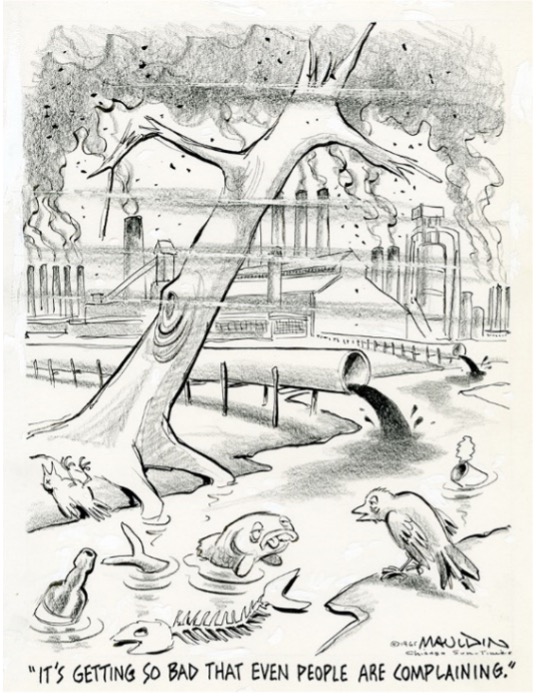 "It’s getting go bad that even people are complaining"

Wildlife is unwell and dying from all the pollution. 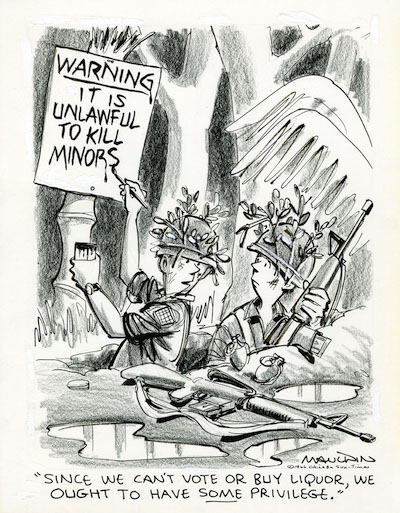 "Since we can’t vote or drink liquor, we ought to have some privilege"

Ages means little in the Army. 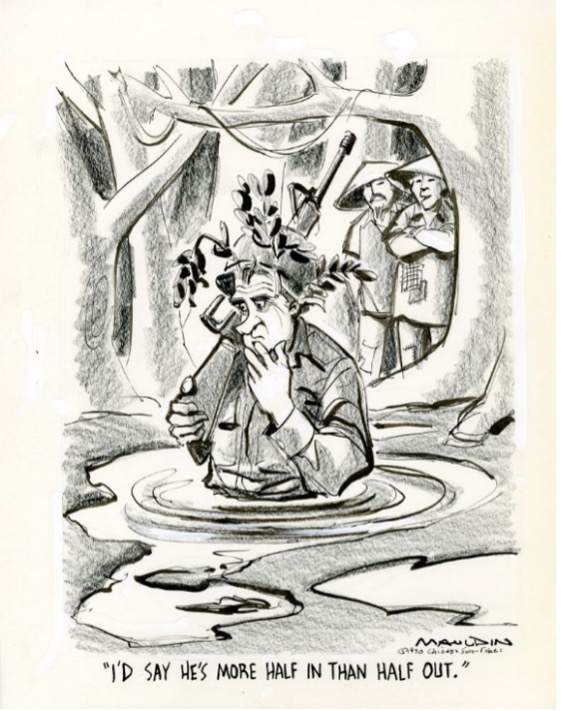 "I'd Say He's More Half in than Half Out" 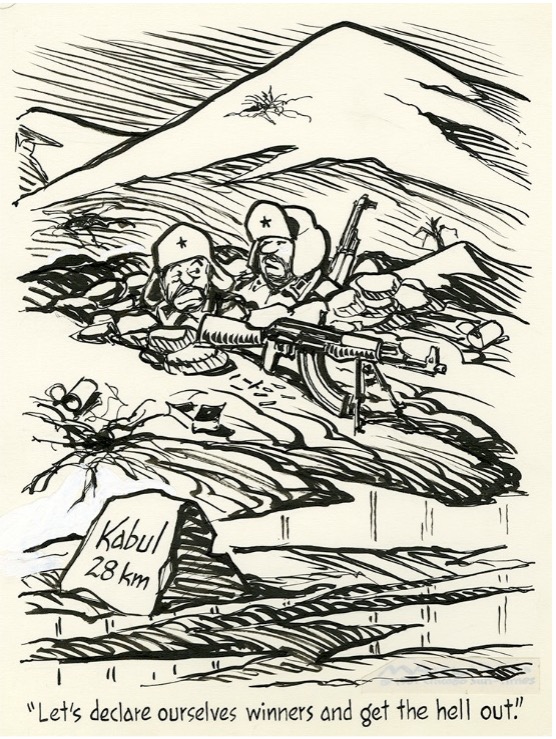 "Let’s declare ourselves winners and get the hell out" 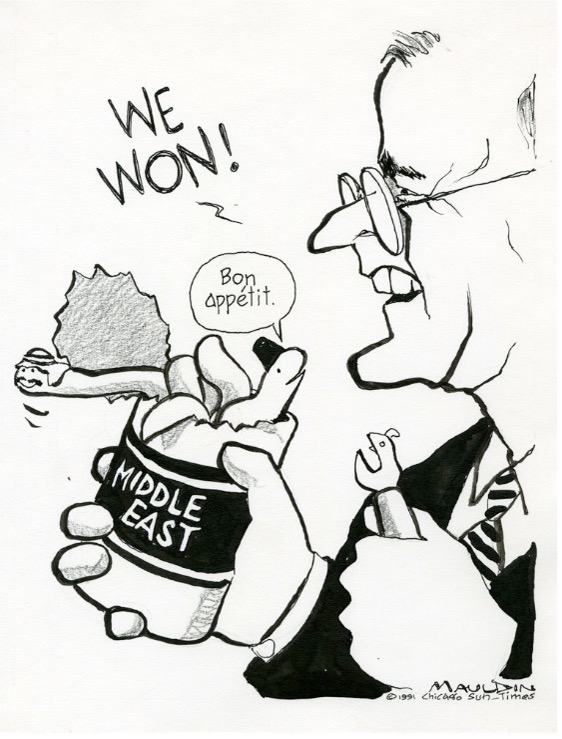 President HW Bush smiles after opening a can of worms.