The Pritzker Military Museum & Library is honored to have assembled this distinguished committee to aid in the selection of the 2022 recipient of the Citizen Soldier Award. 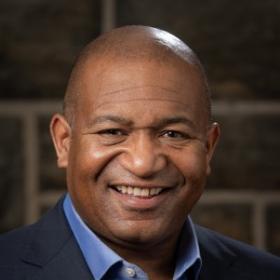 Bernard (Bernie) Banks is the Associate Dean for Leadership Development and Inclusion (and a Clinical Professor of Management) at Northwestern University’s Kellogg School of Management and accountable for the generation, integration, and implementation of DEI initiatives across Kellogg's various stakeholder groups. Prior to entering the world of academia, Bernie proudly served in the U.S. Army as an aviator (Apache Helicopters) and organizational leader, retiring from the Army as a Brigadier General in 2016 after having led West Point’s Department of Behavioral Sciences & Leadership from 2012-2016. 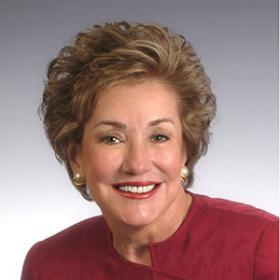 Elizabeth Dole graduated with distinction from Duke University, earned a law degree from Harvard Law School, and a Master of Arts in Teaching from Harvard University.  Her resume includes six years as a member of the Federal Trade Commission, and two years as Assistant to President Reagan for Public Liaison. In 1983, she became the first woman to be appointed U.S. Secretary of Transportation.

She served as Secretary of Labor under George H. W. Bush before becoming head of the American Red Cross, where she led a massive transformation of the way it collected, tested, and distributed one-half of the nation’s blood supply. She then sought the Republican presidential nomination, becoming the first viable female candidate from a major political party. In 2002, Senator Dole became the first woman to represent North Carolina in the United States Senate.

She founded The Elizabeth Dole Foundation to support the 5.5 million young spouses, mothers, fathers and other loved ones caring for our nation’s wounded warriors at home. 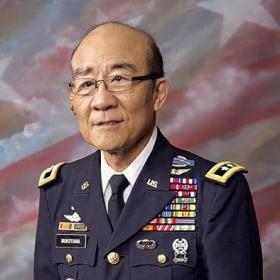 ​​​​​​​Major General James H. Mukoyama, Jr. first became involved with the military when he joined the Reserve Officer's Training Corps (ROTC) program Carl Schurz High School. In 1986, he became the youngest general in the army at that time. Soon after he was promoted to major general, commanding the 70th Training Division during Desert Storm. He served over thirty years on active and reserve duty in the Army, including service in Korea and Vietnam, retiring in 1995. General Mukoyama’s accomplishments during his retirement include helping form the Military Outreach of Greater Chicago, serving as Chairman of the Department of Veterans Affairs Advisory Committee on Minority Veterans, and serving as chair for a committee with the National Veterans' Network to select the design for the Congressional Gold Medal award authorized by the Congressional Gold Medal for Japanese American Veterans Act. 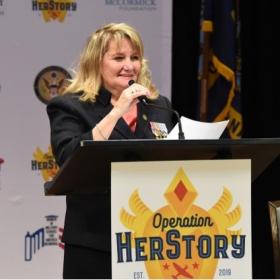 MSgt Ginny Narsete enlisted in the U.S. Air Force shortly after high school and served in Public Affairs during the Vietnam War. Later, during Operation Desert Storm, she served as public affairs director for the Commander of CENTCOM, General Charles Horner. Her last duty deployment was during Operation Enduring Freedom in 2002 in Ramstein, Germany where she was assigned to the Crisis Action Team. Ginny is currently the Chairperson of Operation HerStory, focused on honoring “women veterans and their service in the United States Armed Forces by making them visible and highlighting their vital contributions to our military during various eras of service.” 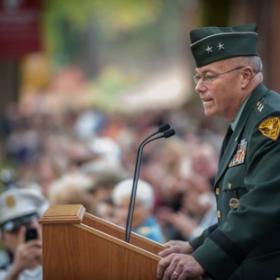 Dr. Richard Schneider is a 1968 graduate of the U.S. Coast Guard Academy who was commissioned as an ensign in the Coast Guard and served eight years of active duty, including a tour of Vietnam, before entering the Coast Guard Reserve. He retired after 30 years of active and reserve duty as a Coast Guard Reserve Rear Admiral in 2006. After pursuing a more academic path, in July 1992, Dr. Schneider became the 23rd President of Norwich University. He ushered in and fostered a new and successful era for Norwich University that has continued past his 2020 retirement from the position of president. The Pritzker Military Museum and Library honored Dr. Schneider as the 2021 recipient of The Citizen Soldier Award for exemplifying the traditions of the citizen soldier set by George Washington. 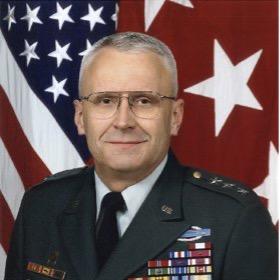 Lieutenant General Roger Charles Schultz was commissioned as an Infantry Officer upon graduation from the Iowa Officer Candidate School in 1967, with his first duty assignment as Platoon Leader, with 2nd Battalion, 22nd Infantry Regiment in Vietnam. In 1998, General Schultz was appointed director of the Army National Guard as a major general and served in this position until retiring in 2005. After retiring from the military, Schultz was named Vice President of Unitech, a company which provided homeland security and military training and simulation products and services to government and the military and when Unitech was later purchased by Lockheed Martin, he became a program Management Director. In 2015, Lieutenant General Schultz was named president of the Army Historical Foundation, the fundraising entity of the National Museum of the United States Army, a position in which he continues to serve. 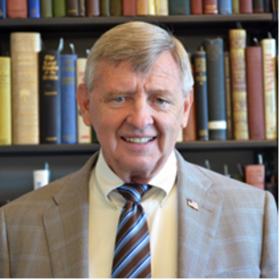 John Schwan is an investor involved in a variety of business start-ups, currently including Old Smokehouse, Inc. a manufacturer of frozen foods; JHSWW LLC, a commercial real estate investment firm; USA Athletic Club, a sports and fitness facility; and CTI Industries. John is a veteran of Vietnam (1966-1969), having enlisted out of college. He served with the First Air Cavalry and eventually attended OCS at Fort Benning. As a service-related disabled veteran, Mr. Schwan continues his support of the military through Chicagoland ROTC programs, Chicagoland Veteran’s Exchange of which he is a founding member, and Operation Support our Troops of which he is a principal benefactor and serves as an advisor to the board. 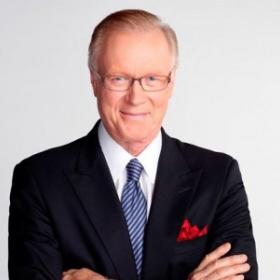 ​​​​​​​Chuck Scarborough is a native of Pittsburgh and a graduate of the University of Southern Mississippi who served in the United States Air Force and currently has a commercial pilot certificate. Chuck’s career in television began in Mississippi, but his first major market anchoring job came in 1972, at WNAC-TV in Boston. Scarborough joined NBC News in March 1974 as sole anchor of WNBC-TV's then-new 5:00 PM newscast, NewsCenter 4 (later renamed News 4 New York) where he eventually became the station's lead anchor at 6pm and 11pm and the unofficial "dean" of New York-area television news anchors in 2003 when Bill Beutel retired after 37 years. The 11:00 pm broadcast on July 14, 2017 was Scarborough's last as a regular anchor in that time slot after 42 years and 36 local Emmy Awards.