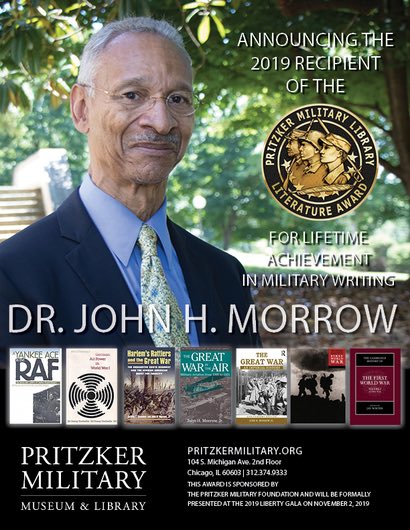 Author or co-author of 8 publications, Morrow is an accomplished military historian and respected professor. His work includes The Great War: An Imperial History, The Great War in the Air, and German Airpower in World War I, among others. He has gained recognition for his ability to demonstrate how the past and the present intertwine inextricably.

“I am truly honored to accept the 2019 Pritzker Military Museum & Library Literature Award for Lifetime Achievement in Military Writing,” said Dr. Morrow. “Receiving the award after nearly fifty years of historical writing, teaching, and consulting constitutes the ultimate affirmation of my career as a scholar of the history of modern war and society.”

DR. JOHN H. MORROW, JR. is graduate of the Swarthmore College and the University of Pennsylvania and a recipient of the U.S Department of the Army Outstanding Civilian Service Medal. In addition to serving as the Franklin Professor and Chair of the History Department at University of Georgia where he teaches courses on the history of Modern Europe and of warfare and society, Morrow has also contributed to the education of faculty and students at the National War College, the Air War College, and the U.S. Military Academy at West Point. Morrow was previously head of the history department at the University of Tennessee. Following his successful teaching career, the university named in his honor a lecture series and an award for Excellence in military history. He has chaired the History Advisory Committee to the Secretary of the Air Force, the Research Advisory Committee of the National Museum of American History. He has most recently served on the History Advisory Committee of the Department of the Army, the Dwight D. Eisenhower Memorial Commission’s Legacy Committee, and the First Flight Centennial Federal Advisory Board. 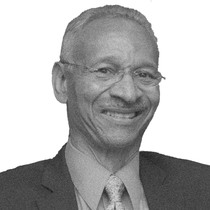