Born in Evanston, Illinois, 1st Lieutenant Robert H. Eddy joined the army in 1943 and, following officer candidacy school, was commissioned in 1944. Sent to the Philippines in early 1945, Lt. Eddy joined Co. C, 129th Infantry Regiment, 37th Infantry Division, as a platoon commander. Fighting in northern Luzon, Lt. Eddy led his platoon through heavy combat until he was shot through the thigh taking a machine gun position in April. For his heroism, Lt. Eddy was awarded the Bronze Star Medal.

Lt. Eddy’s service is indicative of the countless actions that took place well after Manila and other central areas of Luzon were taken, as remaining Japanese forces took to the mountains in the north and continued to fight until the official surrender in August. After recovering from his wounds, Lt. Eddy rejoined his unit as the executive officer, taking part in the surrender of Japanese forces in northern Luzon. 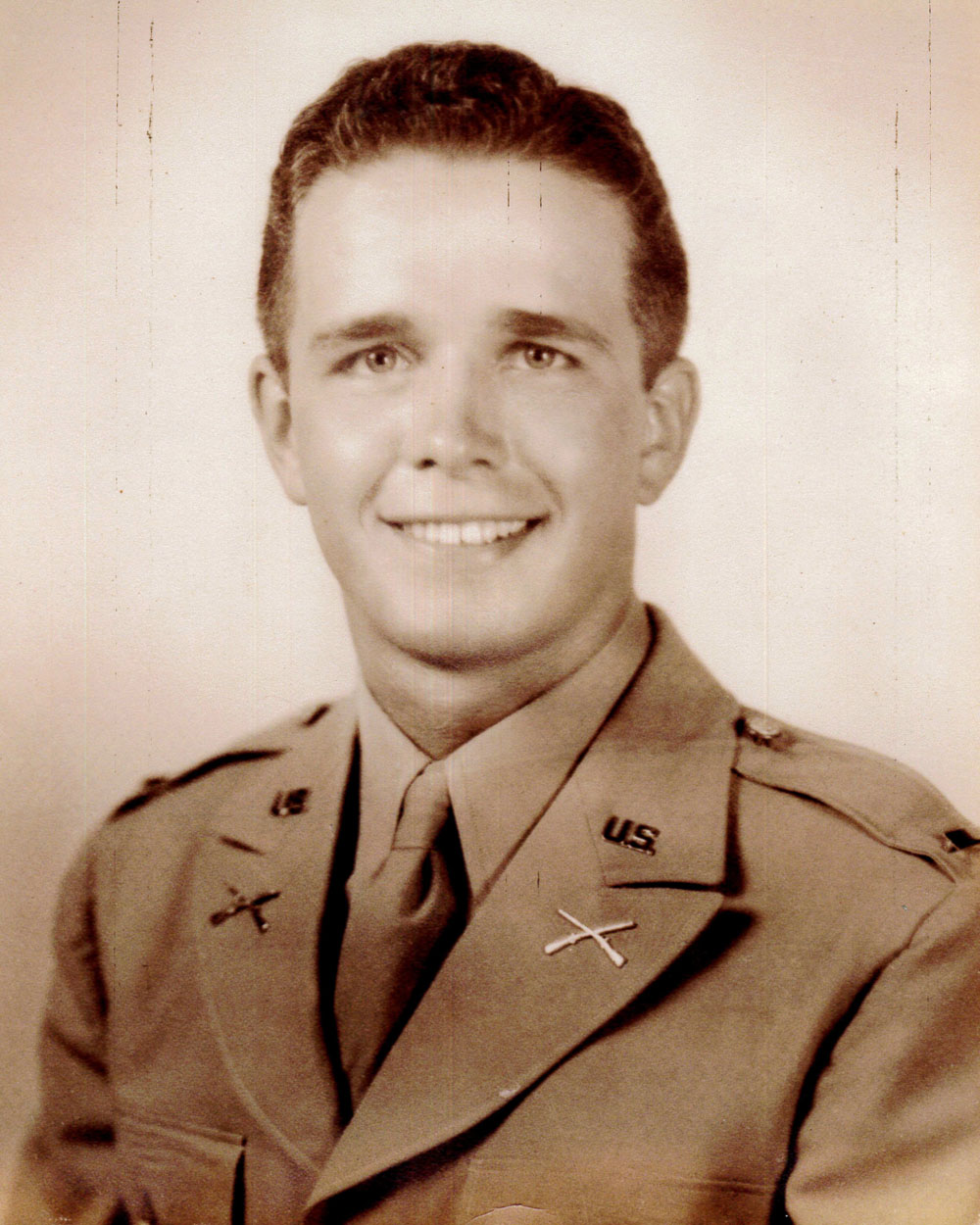 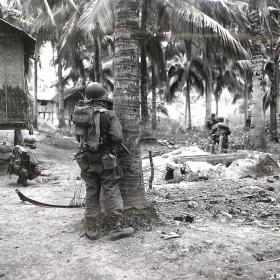 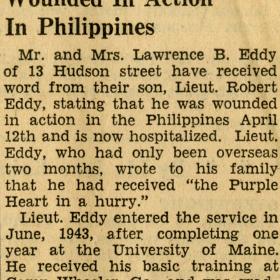