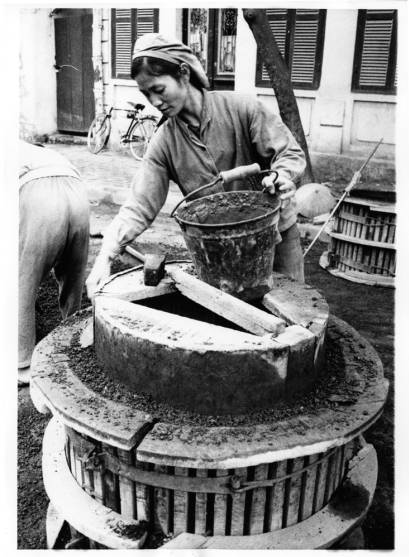 Hanoi: A North Vietnamese woman builds a one-person bomb shelter in Hanoi April 4th. When completed, the shelter will be placed in the ground, usually alongside a street, and covered with a lid of concrete or woven bamboo. There are tens of thousands of this type of shelter in Hanoi and they are usually able to withstand anything but a direct hit by a U.S. bomb or rocket. Photo was made in Hanoi by a photographer for Japan's Nippon Denpa News.