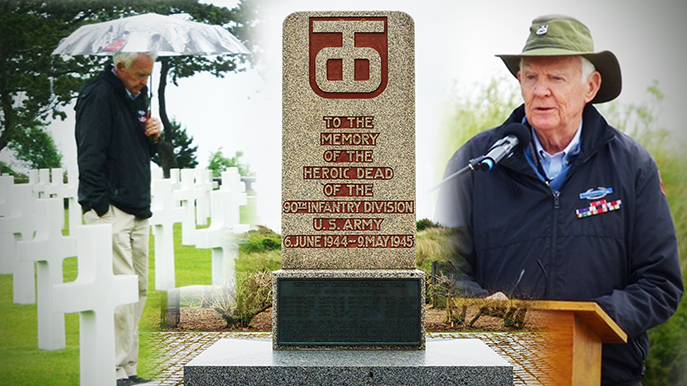 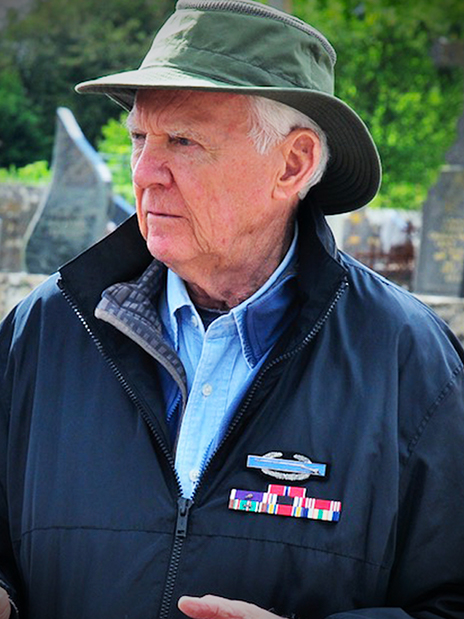 We never stop learning throughout our lives but there are experiences which propel our growth further than others. There is no other event that fits this bill more than fighting in a war. Carver McGriff learned this when serving with the 90th Infantry Division during World War II.

Born in Indianapolis, Indiana, in 1924, McGriff’s parents were well educated. His mother was a graduate of Wesley College and his father had a law degree, but that does not mean that they did not struggle because of the Great Depression. McGriff, however, says his parents did their best and so he enjoyed his childhood.

McGriff was not the only members of his family to serve in the military. His father was a company commander in the US Army during World War I and his younger brother was a minesweeper in the US Navy in World War II. “Like most teenagers,” he says, “I could hardly wait to get into the armed forces.”

There was no doubt that he would be drafted, though, so McGriff worked at multiple temporary jobs after high school and was drafted when he was eighteen. Some minor health problems briefly delayed his service by six months, so he was nineteen when he went to Camp Blanding Joint Training Center in Florida. While at basic training, McGriff was an acting sergeant because was previously in the ROTC [Reserve Officers’ Training Corps].

After basic training, McGriff was sent to England. He was assigned to a machine gun squad in the 90th Infantry Division and was held in reserve during the Invasion of Normandy. When his unit landed on the beach, they were not under fire as the fighting was about a mile away. As they moved off the beach, though, the horrors of war struck him.

“We started walking up a hill that would take us to the mainland, and I looked over and saw a dead sergeant, 101st Airborne, and I realized for the first time that this was serious,” he says. “And only then did I begin to realize that we were actually going to where people get shot.”

Throughout his tenure in Europe, McGriff had numerous encounters that forced him to question his principles. A striking one was when his unit was under heavy artillery fire and he was wounded. McGriff shouted for help and was saved by one of the three Hispanic men in his unit, men he previously ignored because they were “different”, and it pushed him to overcome his own prejudice.

“I was so ashamed that I would look down on a man because he was different from me,” he says. “He was the better man, and that’s a lesson I took away forever more.”

After Germany surrendered, McGriff used his GI bill for college, got married and worked as  a businessman for ten years. He later chose to serve as a member of the cloth in the Methodist Church. In recent years, McGriff and his second wife, Marianne whom he married after he had been widowed started leading groups to Normandy. Their objective is to teach others--particularly the younger generation--what it costs to be free.

A graphic novel has been created to illustrate Carver McGriff's experiences.

American Patrol on the Outskirts of Beffe, Belgium